stemming from the rivers cuomo band shows in boston [which, much to rivers' chagrin, most people refer to as the rivers solo shows] and the soundtrack to the disney movie "meet the deedles," homie was formed to contribute to the soundtrack. 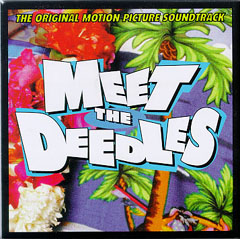 people who attended the boston shows or somehow heard the songs through some other means, know that american girls was played at at least one of the shows. this earlier version of the song was a very up-tempo rocking song. when the "deedles" version was released, most were surprised to find that it was a much slower, yet energetic song.