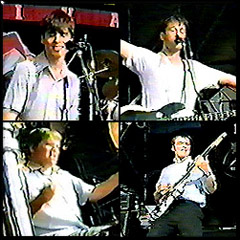 the bizarre festival was among one of the dates during a couple weeks of european touring which took place in august 96'. the show was prior to the release of of pinkerton, but the band played a mix of new and old drawing a crowd of thousands to turn head-bopping-pogo-rock-music maniacs (this is a good thing). 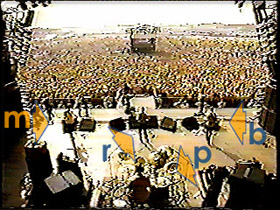 shown above, the crowd, goes as far back as the eye can see. for some odd reason, a large percentage of the crowd had massive of amounts of fluorescent hair dye on their moptops that day. 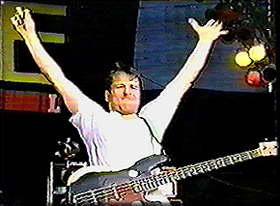 pictured above, matt does the funky wag during a 2 second transition in el scorcho. between tunings by brian and rivers, matt took the time out to do a little 10 second number known as "shit on your face" in that sharpesque falsetto. 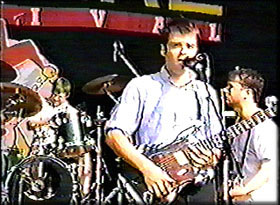 set:
-undone -the sweater song
-my name is jonas
-pink triangle
-no one else
-el scorcho
-in the garage
-why bother?
-say it ain't so
-buddy holly
-surf wax america