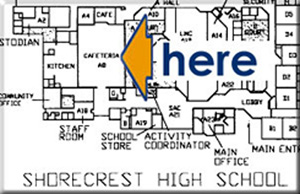 lucky guy ladd martin won the local seattle area contest to have weezer play an acoustic set in the winner's school cafeteria. in this particular case it was shorecrest high school.

this unplugged set produced two cuts which later made an appearance on the much delayed "good life" [oz edition only] cd single. high school kids love it when rock stars come to their school and sing songs about lesbians [why we dont know!].

the set list for shorecrest went as follows:
undone
no one else
good life
el scorcho
pink triangle
buddy holly

Posted on Weezer's official Facebook page as part of the "Today in Weezer History" series on November 6, 2013.

Today in Weezer History: 11/06/1996 - Weezer performs an acoustic set in Seattle, WA at the Shorecrest High School cafeteria. This show was part of a contest held by KNDD 107.7 The End, where high school kids could win a Weezer performance at their high school. Ladd Martin of Shorecrest High won, and got to introduce the guys on stage. The acoustic show was broadcast live on 107.7, and later, recordings of "The Good Life" and "Pink Triangle" appeared as B-Sides on The Good Life OZ EP, and the acoustic "Pink Triangle" also was on the Pink Triangle radio promo CD single. Years later a well shot videotape of the performance that was never intended for public use ended up on YouTube where it remains today.

This photo originally appeared (in black and white) in the Weezer Fan Club's Weezine, and was shot by Carli Allan, who with her sister Mykel ran the original Weezer fan club until their untimely deaths in a car accident in 1997. It has never been published in color until now. Later that same day, the band did a regular Pinkerton Tour show in at Seattle's DV8 club. 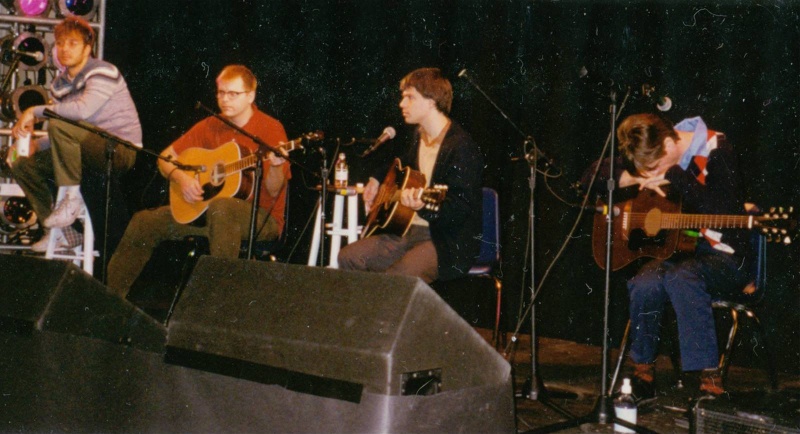