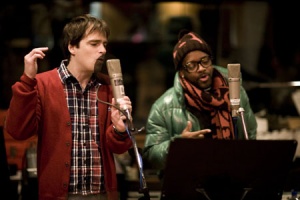 Jermaine Dupri is a record producer, rapper and Grammy Award winning songwriter. Dupri co-wrote "Can't Stop Partying" and "Let It All Hang Out", both of which appear on Raditude. Dupri is name-checked in the latter song in the lyric "Me and JD chillin in the shack."