...today's activities started with a visit to WHFS, the station who you recall these comments were made about not too long ago, in December...


Just wanted to let you know that a local alternative station 99.1 WHFS that covers Baltimore-DC-Northern Virginia played "The Christmas Song" on during a segment where they play a new song and let listeners call in and speak their mind about it. All three of the callers said it "sucked" and was too "sad". ...what really angered me was when the DJ said, "Well apparently the new Weezer song sucks, so I guess we'll never play it again." " -Dan V.

well, were things any different? I'd say so. The station did a very friendly interview with the guys, and then played the first minute of "Hash Pipe" from the upcoming 3rd album. Then the band did a special autograph signing session for a group of contest winners, while playing an unfinished copy of the new album in the background.

Then It was off to Bender Arena, which to me seemed a bit smaller than a place reputed to hold 6000 people. But what do I know? In keeping up with a seeming tradition, the D.C. crowd was ultra-hyped and extra rowdy. the band responded with another tight rock set, and it looked like all were satisfied in the end.

...thanks to everyone who said "hi" to me at the recent shows. Your words of encouragement really do mean a lot, and theyre what keep me going at 5 A.M. when the work still isnt done for the day!

...also in attendance tonight were a certain Dave with a curious "FF" tattoo on the back of his neck, and his friend, a lady bass player who has played in 2 major alt-rock bands in recent years. It was nice to say hello to some fellow rock folk. 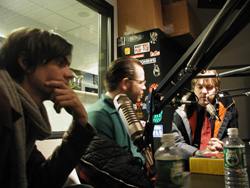 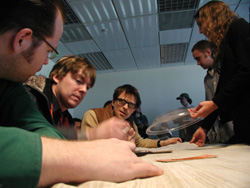 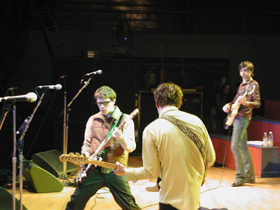 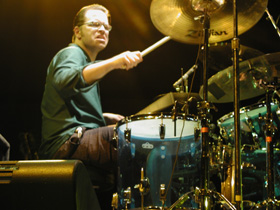 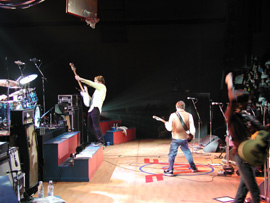 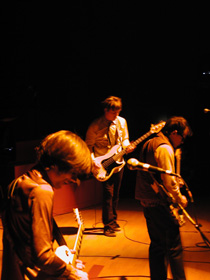 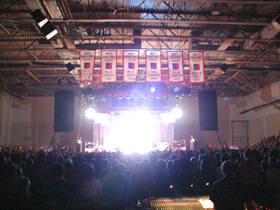