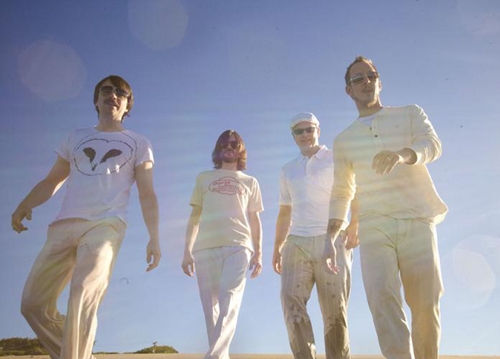 Scott Shriner did an interview with Warwick bass co., in which there is interesting discussion about making the new album, plus lots of other good stuff. Check it out!

A 'Pork and Beans' video will exist pretty soon. And other fun video items should be cropping up here on weezer.com in the coming weeks leading up to the new album release. More info asap.

Weezer as food art: Check out these very cool bento boxes made to look like the Pinkerton and Green Album covers. (scroll down a bit - all the bento rock covers are cool!)

International Release info: Its true that the new album will be released in Japan on 6/18. Why this happens with Japanese releases remains a bit of a mystery. Europe/UK/Australia and so forth we dont have dates yet, but they wont be much different than USA/Canada.

Looks like there will be a vinyl edition of the Red Album. No details yet.

The Buzznet Pork And Beans Foodfight

Random plug dep't: "Phase 7" comics by Alec Longstreth. Alec is an OG weezer fan from the early days, an original '95 fanclubber and everything. He sent me some issued of Phase 7, and as a big indie comics fan I must say, his comics are excellent! Check them out!