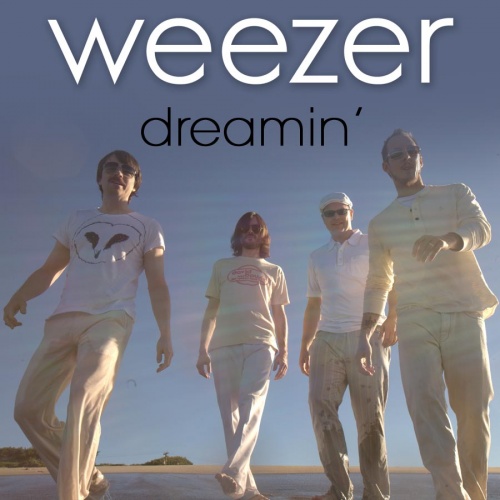 Hey folks, we got a new iTunes single off the Red Album for ya. Heres "Dreamin'".

...okay, The Pork And Beans video was a Memorial Weekend blowout, getting 3 million views in just 3 days! And counting! According to People.com it was (still is?) the most viewed video on the internet. Weezer wins teh internets! Epic win!

...Meanwhile, on actual television, the video has been added to Fuse! And it looks like its shooting to #1 on their upcoming Alternative Countdown Show!

...More actual television news: This past Saturday, the band did a special acoustic show in L.A. with musically inclined fans selected from the Weezer Mailing List (so sign up already!) The audience brought instruments and their voices and was invited to play along as Weezer ran through some tracks from The Red Album. Mtv was on hand, filming everything for their "52 Bands" Promotion. We dont have the exact info yet, but we do know they will be airing the special during next week, in time for the release of the album! So stay tuned...

...Press: look for an article on the Red Album in the current issue of Entertainment Weekly (5/30 cover date). And dont forget the SPIN cover story, out now!