...and all too soon (two shows too soon, to be exact) it comes to an end. Today was the final day of the "Euro Freak Out Tour", tomorrow we fly back to the states. Everyone agrees that this time over in Europe was the best yet for weezer, and everyone is psyched to return later in the year, especially to make it up to the people in Northern England and the UK whose shows had to be cancelled, and to those in areas where no shows were scheduled to begin with (Ireland, etc...)

...but for today the mood is both happy and sad- a very sucessful tour, ending all too soon! Today was chock full of activity. First we cruised over to the "Top of the Pops" studio, where the band was to perform "Hash Pipe" (as "Half Pipe" due to BBC censors). In the end it was a sucessful taping, but there were a number of unexpected technical glitches to overcome, and tensions ran high for a while till things were sorted out. Finally they did the song in front of the audience, they did a great job, and it looked and sounded terrific.

...then we headed back over to Shepherd's Bush Empire for the third and final gig there. The weezer set ended with a major "axe-clash" between Mikey and Rivers, with their bass and guitar getting all tangled up with each other and messed up. Then Mikey sacrificed his bass to the audience, for real! The fans fought over that thing for the next 20 minutes, when they were finally escorted out the door. I never saw a clear winner of the bass tug of war. A fan reported a bit of a mad crush when the bass was tossed out, so much that he had to pull somebody to safety from underneath the pile of wrestling bass-seekers.

..much thanks to Crackout and Jimmy Eat World for opening the 3 shows, and rocking it out with the best of them!

...and huge thanks to all in the weezer crew for doing all the tough stuff that made all these shows such a success!

...and most of all thanks to the FANS, without whom these shows would not exist! 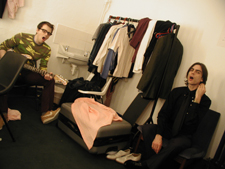 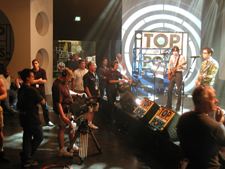 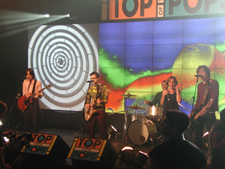 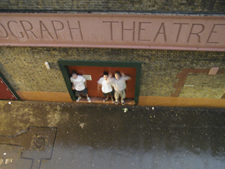 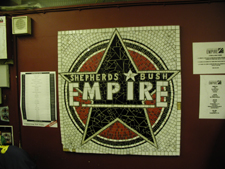 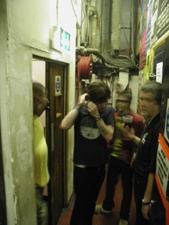 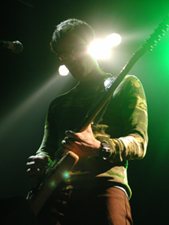 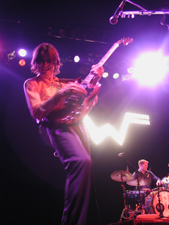 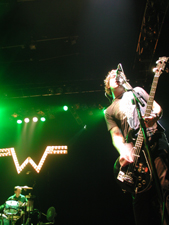 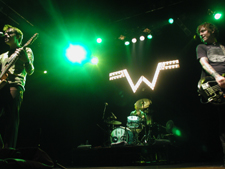 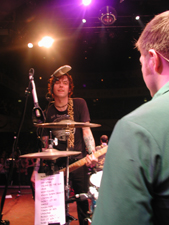 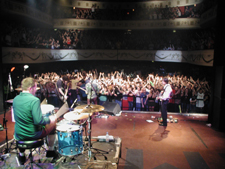 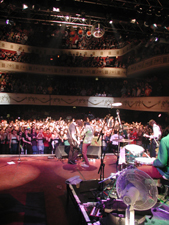 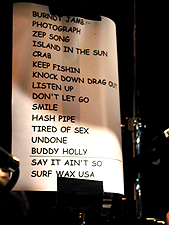