Oh Babe It Holds Me Together

"It Holds Me Together" was first recorded for Rivers's Opera, and released as part of Alone V: Before Weezer. As with all the other songs from this compilation, it consists of Rivers singing and playing piano. A full band version of this song was later recorded to 8-track by Cuomo and Wilson in December of 1991 or January of 1992, as part of "the 50 Song Project", and released on Alone V: Before Weezer. A scan of the song's lyrics were uploaded by Cuomo to riverscuomo.com in the early 2000s. In November of 2020, demos of the song were listed on the website's in-progress demo storefront. 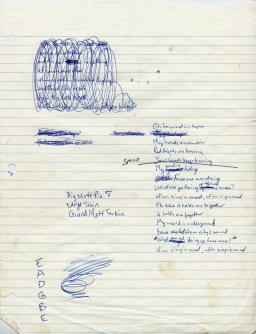 Lyrics for "Oh Babe It Holds Me Together"