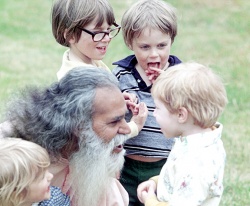 In the mid-1970s, Satchidananda was working out of Yogaville, where drugs and alcohol were all abstained from. Rick Ross, an expert on the subject, noted that "There were...sex scandals and members and families complaining about 'brainwashing.' ...Satchidananda by some accounts was quite a sleaze who preyed on women within the group. He indulged himself and largely got away with it."