From Weezerpedia
(Redirected from Undone - the Sweater Song)
Jump to: navigation, search

Lead singer Rivers Cuomo has commented many times on the song's inception. Said Cuomo, "I took typing, Psych 101, and English 101 that semester. It was in my English class that I heard the analogy of the unraveling sweater. Dr. Eisenstein used the image to demonstrate the effectiveness of focused thesis statement in an essay. 'All I have to do is hold a single thread in your sweater and it will unravel as you walk away.' [1] Additionally, Cuomo has stated, "'Undone' is the feeling you get when the train stops and the little guy comes knockin' on your door. It was supposed to be a sad song, but everyone thinks it’s hilarious."[citation needed] 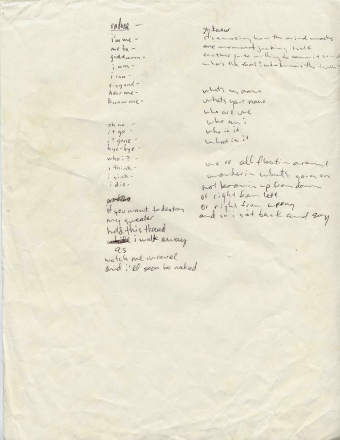