From Weezerpedia
(Redirected from 2002-05-20 - Hiroshima, Japan)
Jump to: navigation, search 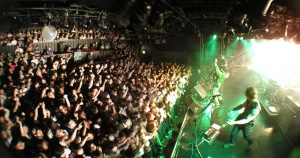