Galactus is a song written by Rivers Cuomo in 1991. A seventeen-second clip of the song was released as part of the digital compilation Alone IV: Before Weezer. Previously, a scan of the lyrics had been uploaded by Cuomo. The song is, presumably, inspired by the Marvel Comics character of the same name. According to the Recording History, the song was recorded to 8-track in the Summer of 1991 while Cuomo was living near the Stoner Ave. apartment as part of the "Yeastmaster Pt. 2" demo tape. Reportedly, Cuomo later destroyed the master. 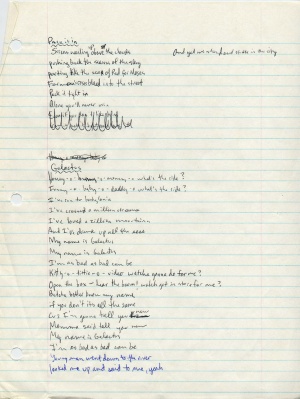