Lifetaker and runnersdialzero present HOMiE Vol. 1 is a fan-made cover album consisting of songs originally performed by Rivers Cuomo during late 1997 and early 1998, including songs from Homie, as well as from Weezer. Many of these songs were styled after the Homie live shows.[citation needed] The album, originally meant to be released on Weezer's birthday,[citation needed] was released on February 20, 2009 to the Albumsix forums.

The cover art was designed by user Headcheese. The album was mastered in Provo City, UT at Wonderdog Studios by Jack Mergist (The Lifetaker).

From the diary of Mergist:

"A lot went in the the production of the album. Ryan and I found as many versions of the songs that we could. We listened for hours and hours pulling out instrumentation and lyrics the best we could. We soon settled on which songs would be primarily recorded in his studio in Illinois and which would be recorded in mine." 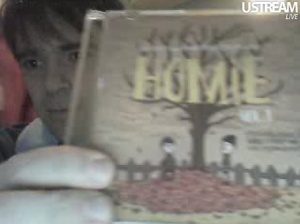