say it aint so single released 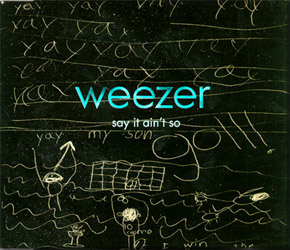 the "say it ain't so" single hit full bloom during the summer of 1995. with moderate radio play, a consumer single was released in the uk and contained 3 previoulsy unreleased recordings. the first was the "say it ain't so (remix)". this remix (done because the band felt the lp version was a little stiff) is barely noticeable from the lp version. the drum track was simply tweaked a little and slight vocal alterations were made to fit with the rest of the song better. "no one else" and "jamie" (both acoustic) both come from the cat's paw studio acoustic session. 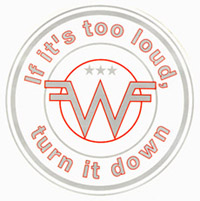 the cover art is a drawing from rivers childhood, and the interior fireplace picture was taken at one of the bands parent's house. the uk single also came with a "free colour sticker" as seen above and on t-shirts.