as the band kicked off their first "world domination" tour, they headed over to 30 rockefeller to play a kickass version of undone the sweater song for the audience of the fledgling conan o'brien show. as far as we know, this was weezer's first nationally televised appearance. 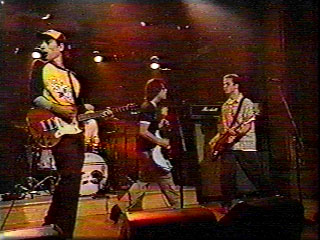 brian did his best impression of a cub scout, wearing the requisite hat, as well as giving props to toronto based band tristan psionic, of which he is a huge fan. during the into ad-libbed part, matt says "it's crazy, i know, we're on this show...whats going on tom" and rivers was saying "if he was a chick, i'd date her." who this he is, we don't know. 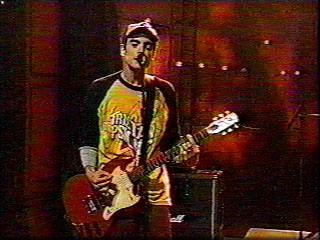 after the song was over, 6'4" conan came over and dwarfed all members of weezer. in the clip below, you can see conan trying to pick a fight with matt. 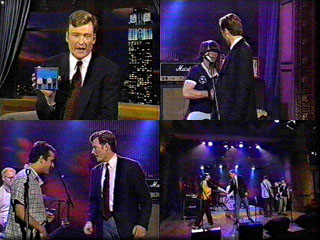