...Hyper Extended Midget Tour Show #2: Blue Cross Arena, Rochester NY:
Once again a weakened barricade made for temporary fixes and nervous security guys in the pit, but fortunately no one got any nutty ideas to rip up the floor or anything this time. Lots of people at this show! The floor and seating areas were chock full, and the air was charged with energy from a very stoked Western New York crowd. A really good vibe overall. 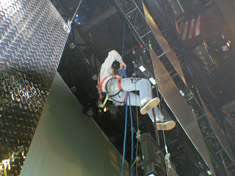 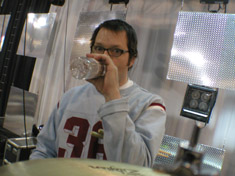 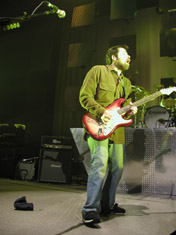 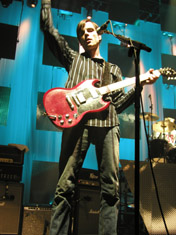 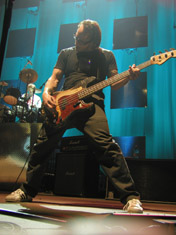 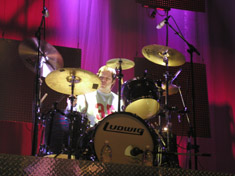 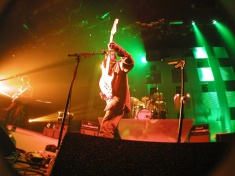 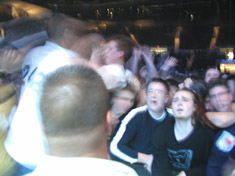 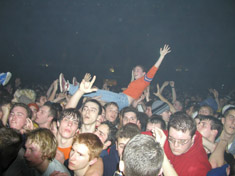 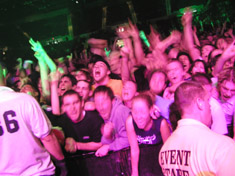 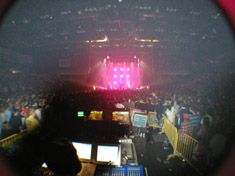 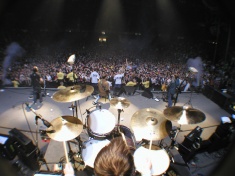 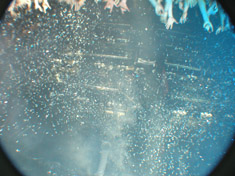 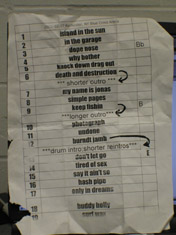 England: (fan report) "...In the south west of England Weezer are being hailed as "genuises", that was in Kerrang! People i've spoken to reckon the Brixton Academy gig is gonna be amazing, a sell out. Radio have yet to play anything from Weezer's new album or anything near "Photograph". But hey. We're all happy though, the fact they've got maybe 2 albums coming out soon is almost orgasmic. This is Will reporting for the south west of England."