...Hyper Extended Midget Tour Show #3: Tsongas Arena, Lowell, MA:
Third time's the charm! This is the show that sold out all 7000 tickets in 15 minutes, and this was just about the coziest arena rock show ever, with everyone packed in and the temperature nice and warm (er, maybe a little too warm!) A last minute set change gave the crowd "Take Control", its first public performance since being revived for the "Maladroit" sessions. 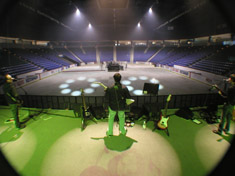 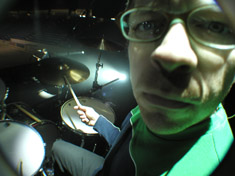 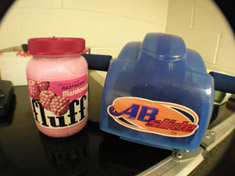 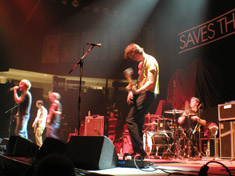 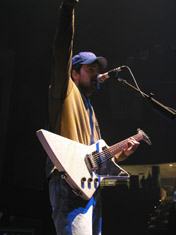 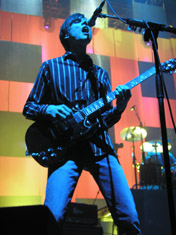 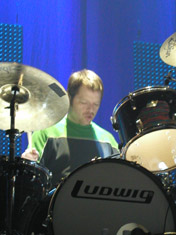 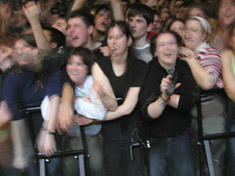 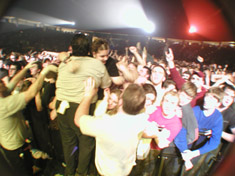 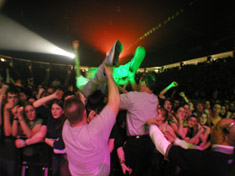 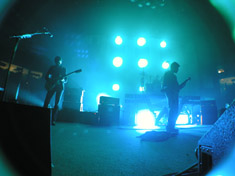 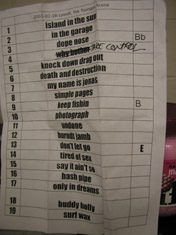 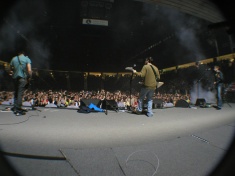 ...here's a new interview with Pat for The Daily Collegian, Penn State's newspaper...

...Green Action: Europe!
more info on what's up in France from Pascal...
"...the ad for "island in the sun" is played on prime time, airing goes on a lot and the album seems to sell very well (as compared to when it was released: 30 copies at first for my whole city, Marseille) and i saw that in the virgin megastore, the whole 3 albums' pile getting thinner, and a whole box of new copies waiting. it's cool here, and it seems that people become more aware of what is worth listening to, i mean my country's opinion was to say that rock was dead with radiohead, so you see, what a bunch of morons i am part of....anyway, next time they're touring france ,they could easily play every major city (paris, lyon, marseille ,bordeaux, nantes, strasbourg....)"