...Hyper Extended Midget Tour Show #10: Mellon Arena, Pittsburgh, PA:
...well, me and Pat heard rumor of some good 'challenge' ramps and whatnot in the Mellon, but Pat was delayed in getting to the venue, so he had to go right into soundcheck, and we were forced to do our wheeled exploring after the doors opened to the crowd. This went fine at first till we reached the upper deck, where we spied the first ramp, up to level 3. We ran up and located the next ramp back down to level 2, and away we went....right into a heavy clutch of security guards and tons of confused looking fans! Of course security reacted poorly so we had to cut our losses and retreat back to the bottom lands. Better luck next time...

...good rock for the absolutely rabid Pittburgh folks, who havent had a weezer show in a looong time... 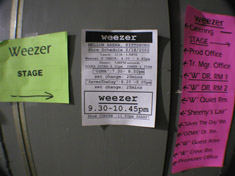 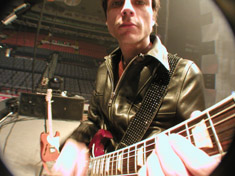 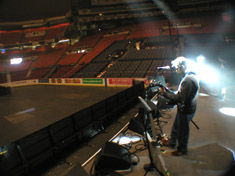 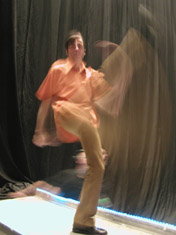 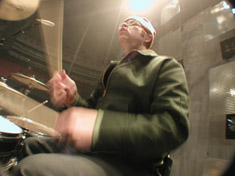 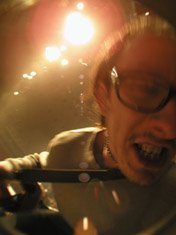 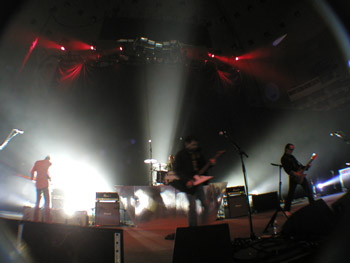 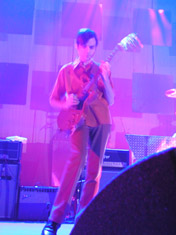 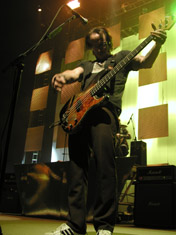 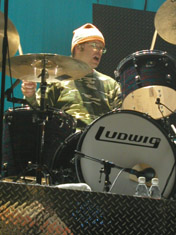 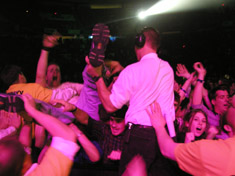 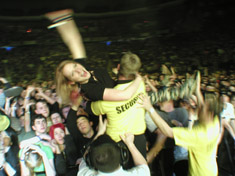 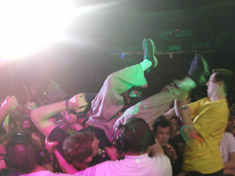 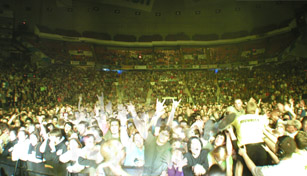 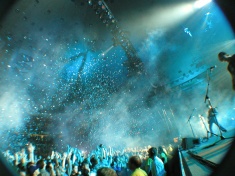 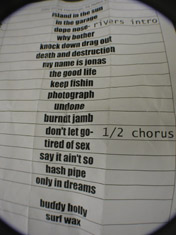 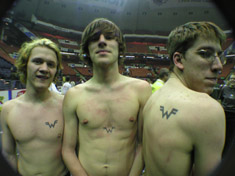 ...Interesting note: The Entertainment and Sports Arena at Raleigh has a live webcam. Its located here on the web. What is unclear is whether it will indeed be showing anything during the show on the 22nd... but its worth a look!