...Hyper Extended Midget Tour Show #14: The Mars Music Ampitheatre, West Palm Beach, FL:
Well, today's the day we had to say goodbye to our old buddies in Ozma and our new friends in Saves The Day. The tour was all too short, but I think everyone had a lot of fun on this one. Aside from one scary bus tire blowout and 'The Sickness', some kind of crazy flu that struck late in the tour, I'd say everything went pretty well. Today also brought a sweet bonus: home made cookies dropped off by my mom, in mass quantites enough to satisfy the needs of the whole weez camp. Pat was sure that it was this pre-show treat that gave him the energy to attack the drums tonight, as he is still battling The Sickness. Meanwhile, Rivers's version of The Sickness has attacked his voice, so besides singing, he's saying hardly a word till it gets better!

The Mars Music Ampitheatre has apparently been recently plagued by a bunch of road construction making it a nightmare to get in and park. There were fears that the negative press about the venue would keep weezer fans away, but in the end there was definitely a nice big crowd, singing along and rocking out in the cool night air.

...tour prank round up:
about halfway thru the tour, Ozma struck first, sneaking into Saves The Day's dressing room while STD did their set, and plastering the walls with tons of pages torn from, er, ...questionable (and unmentionable) publications. Tonight, STD got their revenge! They swapped out Ozmas normal "Knight Rider" walk-on music for The Village People's "Y.M.C.A."! Then STD decided to go after weezer, and struck while Scott was doing his solo vocal part in "Surf Wax". Without warning a bizarre tribe of costumed freaks entered the stage and pranced around, finally going bananas when the loud chorus kicked in again. Nice one!

"...Ozma opened things up at around 7:30, they just rocked it hard, the crowd didn't give them the reaction they deserved, the way they played "in search of 1988" was simply amazing!!! After Ozma finished their disappointingly short setlist, Saves The Day started setting up... Saves the Day got a good reaction despite mixed feelings about them from me... after STD finished about 20 minutes went by, and then Weezer was on!!! I eventually got right up to the front around 15 feet from Weezer, they just rocked so hard! The reaction from the crowd was amazing, there was an electrifying vibe of energy flying through the air..." ---C.M. 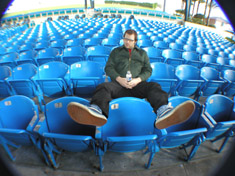 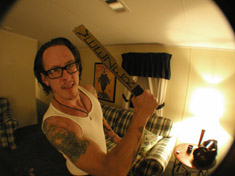 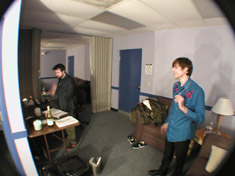 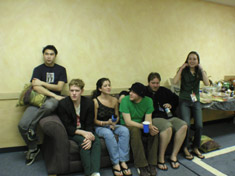 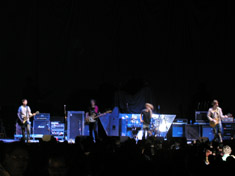 ...above L: Ozma getting interviewed; above R: Saves The Day, uh, saving the day... 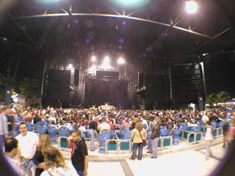 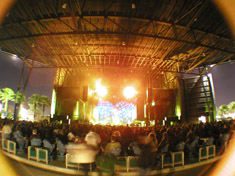 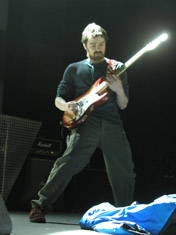 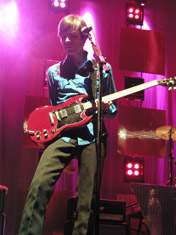 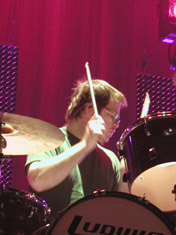 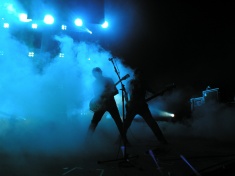 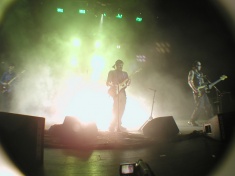 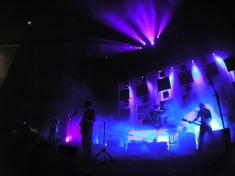 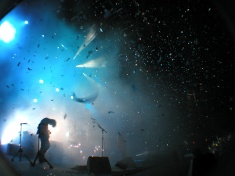 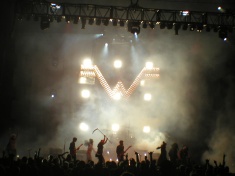 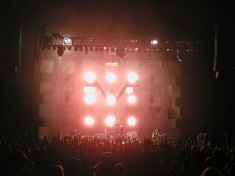 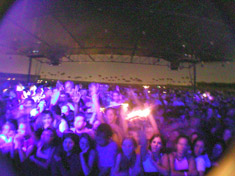 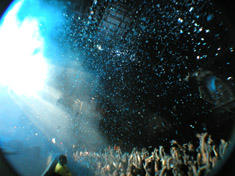 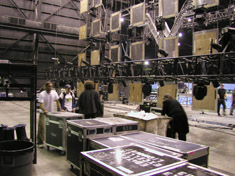 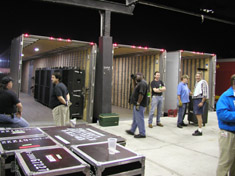 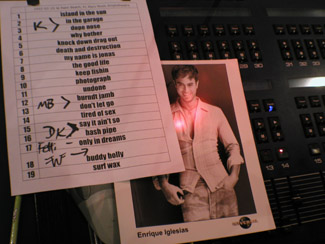