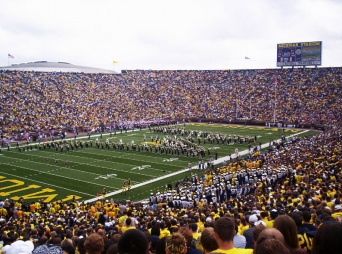 ..update 3/18: a genuine weezer-mobile (of the cleverly modified and very fast variety) could be yours - check out what Mr. Pat Wilson has got on offer here.

...UPDATE 3/1: RollingStone.com has a new blog post about the various weezer covers (below). Its like an informal poll... "who kicks the most ass, and why?", they want to know (I'm paraphrasing here).

...Weezer in the news - Mtv.com on Rick Rubin, who mentions weezer in a most interesting way. And congratulations to "Make Believe" producer Rick, who won the Producer of the Year Grammy, after a rediculously successful 2006, and an amazing career so far. He was also profiled in the Feb. 19 issue of TIME magazine.

...Weezer in the news 2 - New York Times Article with quotes from ex-Geffen head (and weezer a+r) Jordan Schur of Suretone about new ways to distribute video in the digital age... with a weez mention in there for good measure(?)

...Weezer in the news 3 - This RollingStone.com blog lists Weezer's long scrapped "Songs From The Black Hole" as one of rock's "mythical lost masterpieces".

...why no bids on this awesome painting of Rivers? (maybe because i didnt link it in time? oops!) Maybe they'll relist it.

...weezer cover band alert in a major way: The Malaysian band Unlike Honey has recorded tons of rather excellent weezer covers. Check out their YouTube page for the acoustic videos. This one of "Across The Sea" is a particularly nice cover of a song most cover bands don't attempt (well).

...'Guitar Hero 2' fans, what if the whole Blue Album was in the game? Not possible? Think again. (hat tip: Michael C.)

...a video at Black20.com that includes some parts of "Photograph". (hat tip: Millhouse of Weezerjonas.org)

...a Sundance film festival goer reports that the indie film "On the Road With Judas" "featured a large hunk of the song 'Tired of Sex'".

...todays photo (large size here) comes from Pete from U Michigan. Thats the flying "=w=" during halftime, September 9th, 2006 - Michigan vs. Central Michigan. Nice, I like!