....Saturday the 9th was totally spent travelling. We got up early to catch a 9 AM flight to Newark, where we found ourselves mid afternoon waiting 3 hours for the connecting flight to Portugal. Then we flew into the night, arriving at 7 AM today (Sunday). Stiff from sitting in airplane seats and tired from not really sleeping properly, most people spent a quiet Sunday walking around beautiful Lisbon (which was similarly sleepy due to it being Sunday), and catching some random jet lag naps. Tomorrow is gonna be pretty cool- first weezer show ever in Portugal! We're not sure what sort of turn out to expect, as weezer doesnt exactly have any chart toppers (yet!) in Portugal. Its always important to remember that each country in Europe is it's own music market, and even if things are hoppin' in Spain and France, it doesn't mean the fires are burning in Portugal yet. But thats why weezer's here, to light some rock fires. Right on. Is it just me, or does Portugese sound sort of like Russian? I think I need another nap. 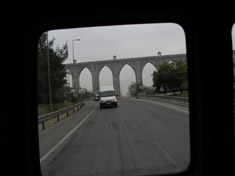 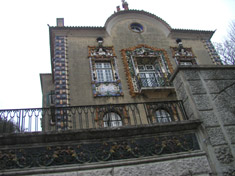 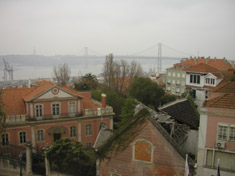