...March 2002 Europe Tour Show #4: Palau Saint Jordi; Barcelona, Spain
#2 of 3 festival style shows here in Spain with Lombardi, Dover, and The Cranberries. The Palau Saint Jordi is the BIG arena here that was built for the 1992 Olympics, and it was just utterly packed with more glow in the dark headband wearing fans today. It was a rare day for weezer today, as during soundcheck the guys actually learned a cover song, playing it through about 5 times until it really started coming together nicely. Also today, the guys did an interview and photo shoot for U.K.'s Kerrang! magazine. 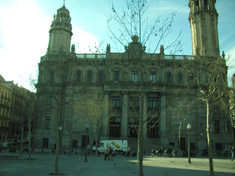 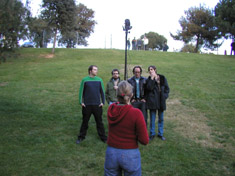 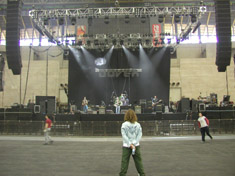 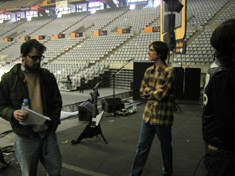 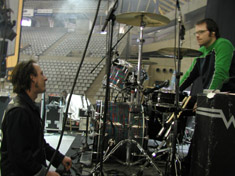 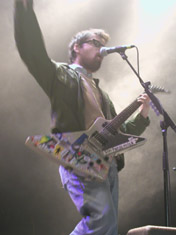 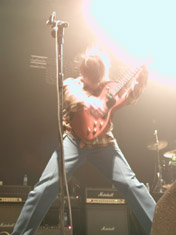 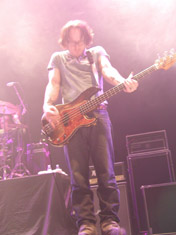 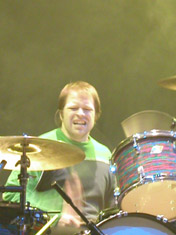 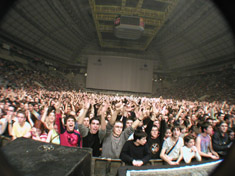 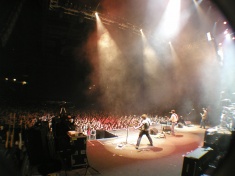 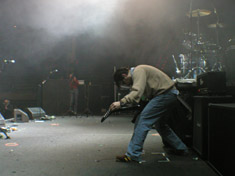 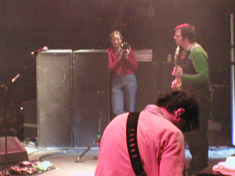 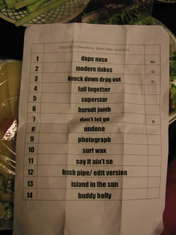