...March 2002 Europe Tour Show #8: Birmingham Academy; Birmingham, England
Another insane show! The Birmingham people went certifiably bananas and put themselves on the same mad pedestal as the Manchester and Glasgow folk. Maybe its the smaller sizes of these venues, maybe its the pent up long wait for the band to get back here, or maybe its just that people in the UK love to freak out at shows... I guess it might be all 3! And the band are definitely also loving these shows and having a good time, with the wild crowds are keeping things very interesting for all. Tonight saw the first true appearance of Remy Zero on the tour, laryngitis cured and energy levels up where they should be. They got it in gear and delivered a great show.

first fan reaction wins the race: "...So yeah, IT WAS INCREDIBLE! me and friend waited well over an hour in the pit to get the best places possible, and it ended up being pretty scary due to all the people fainting, but we helped them out and stuck with it until both of us were right at in front of rivers at the barrier. i couldnt believe it, it didnt sink in it was real, after spending so much time reading all the tour updates and all the pictures, seeing the band in the flesh was something that i couldnt comprehend. The show rocked, "Modern Dukes" sounded great, as well as the rad new solos to the green Songs, but it all was incredible, not a dull second! Then afterwards, while walking on the way to the train station, a guy in a hat and big sunglasses walked past, then it hit me it was Brian and we just ran to catch up with him, but thank God we did, we got stuff signed etc etc, but it was the best night of my life-it still doesnt seem real..." -Tom 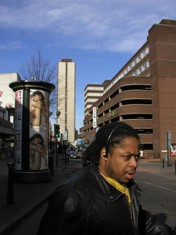 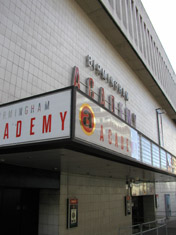 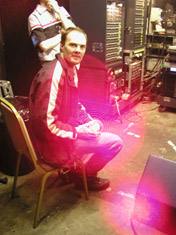 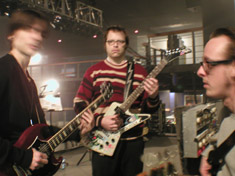 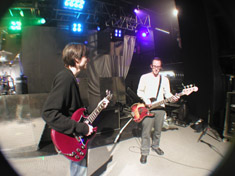 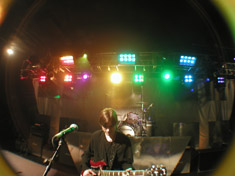 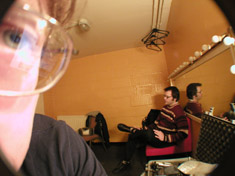 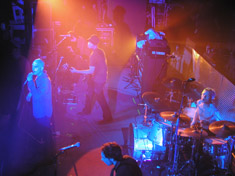 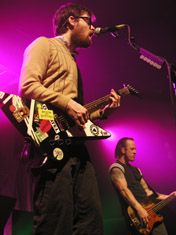 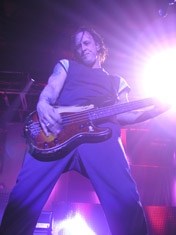 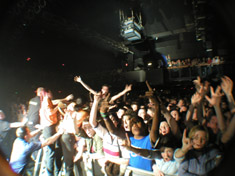 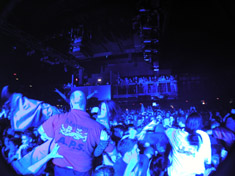 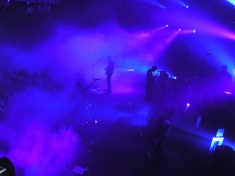 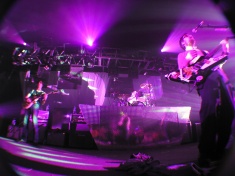 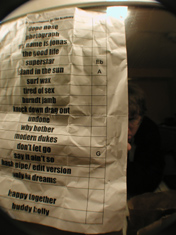