...March 2002 Europe Tour Show #9: Guildhall; Southampton, England
Perhaps the only venue in the world sharing the building with a police station and city hall. As it was Saturday, the workers were thankfully out of office, allowing unfettered rock and roll. Well, mostly unfettered- the Guildhall has a strict no crowdsurfing policy, meaning they eject people from the building as soon as they come over the barricade. The doors at the sides of the stage would ocassionally open as they booted the poor kids out, which also served to let in a big rush of cold night air- sort of refreshing, but also a kind of a rock buzzkill. The loud music, big lights and the hot air really go together in my opinion. Well, I suppose its better than it being so hot that kids pass out, like they were doing in Glasgow. Anyway, the crowd continued the UK style of going bonkers, and singing along really loud! I think the fear of getting booted kept a slight lid on the insanity till the last song, when people started surfing in droves! Unfortunately Rivers's sore throat made an unwelcome return tonight, holding him back a wee bit. No rock was harmed in the making of this show, however! After the show, the band got a cool backstage visit from bassist Mark from the Irish band Ash, who toured with weezer back in '96-'97. It was great to catch up a bit with him and trade info from afar.

first fan reaction wins the race: "...Congrats to the band on making the best night of my life. Being at the very front, dead centre, from Tired Of Sex onwards, getting Scott's pick at the end, meeting Brian, and the band just putting on a brilliant show with a great setlist, made it an incredible experience. The long wait since buying tickets about September last year was well worth it..." --Simon 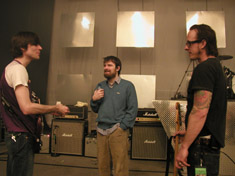 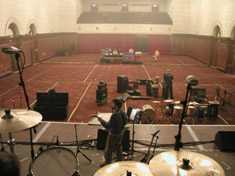 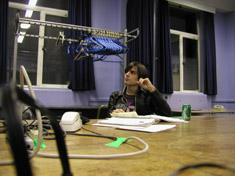 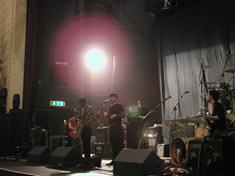 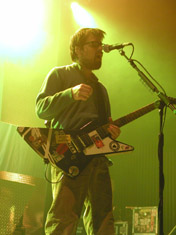 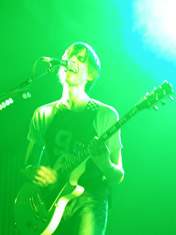 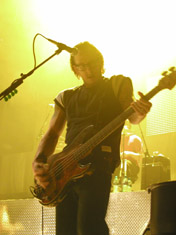 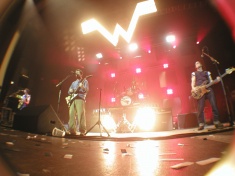 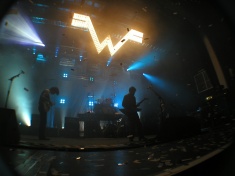 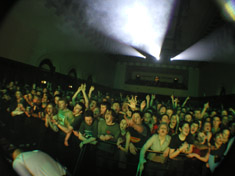 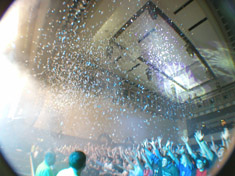 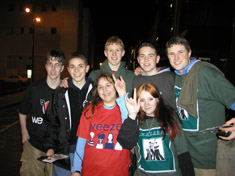 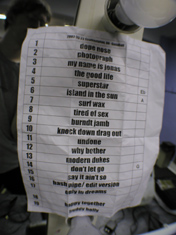