...day 2 of 2 in Paris, again chock full of interviews and photo shoots. The day was capped off with a trip out to a television studio, where the "Hit Machine" show is taped. Upon arrival in the backstage 'green room' area, We waded through a very odd assortment of performers and entourages, which, along with weezer, apparently represent the music artists who are "on top" in France right now. What a bizarre mixture! Anyway, the guys ran thru "Island" twice for camera rehearsal, much like on Saturday Night Live, etc., then we were back to waiting around. Finally the taping began, and soon the guys were called to do it again, this time in front of a screaming studio audience. The cool thing is that about 10-20 heavy weezer fans made it to the show, braving the strange pop environment to join in the audience, and it was great to see them rocking out as best they could. But the whole audience looked pretty stoked, you could tell that "Island" has made some real impact here. Thanks to the fans and to the whole French record label staff for making the Paris visit run so smoothly and for being so nice. Everyone is stoked to return to France and all of Europe for more extensive touring as soon as the time is available! 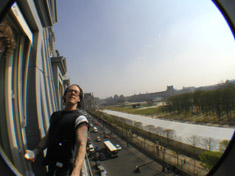 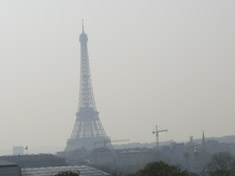 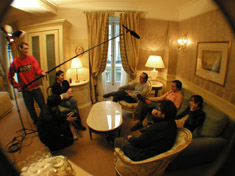 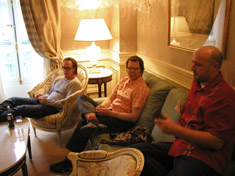 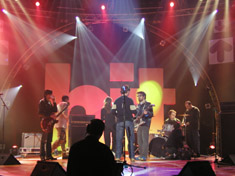 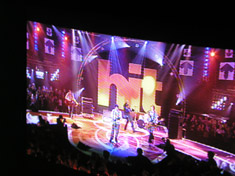 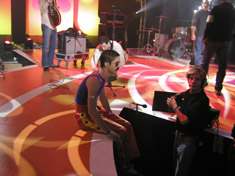