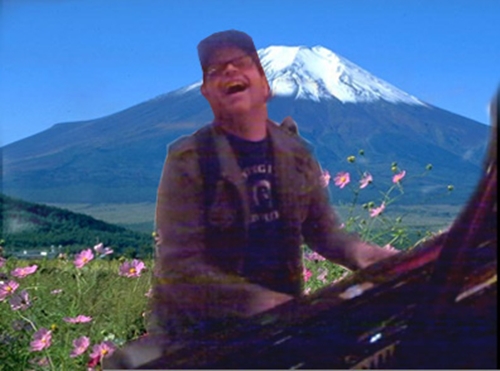 ...SPIN.com has an article up now about Rivers Cuomo's collaboration with Rainn Wilson on their cover of Joan Osborne's "One of Us." The piece details and includes a video of its recording and other fun information (Rivers' show on Sirius Radio!).

...Hey, this coming Saturday 18th is Record Store Day, a celebration of good music, cool indie shops and the vinyl record. Your local indie shop (if you have one) has some special deals going on, head over and support them! Speaking of vinyl records, a reminder that the uber-cool Deluxe Red Album 2LP vinyl set is available now at select shops and online at: Insound, Interpunk, and Fingerprints. It will shortly also be on the UK site eil.com.

...Reminder: coming up on 4/28 is the release of Rivers's "Not Alone" Cd and DVD, featuring live Hootenanny style performace he did back in December at Fingerprints Records in Long Beach. Available at most if not all independant music stores, as well as the Fingerprints online store (preorder CD, DVD) and junketboy.com.

As for more tour dates, release info, etc, keep your horses held, all will be revealed in good time.

SoCal: Don't sleep on Geezer - "We're going to be doing the whole Blue Album like other coverbands before us but we're just gonna do it better". Next show is June 12th at Cane's in San Diego.