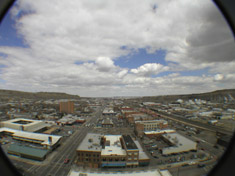 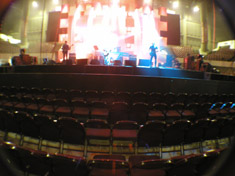 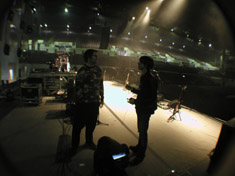 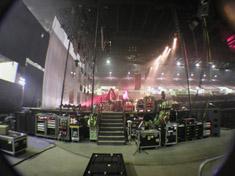 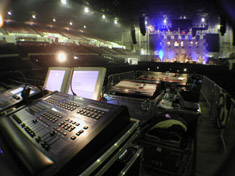 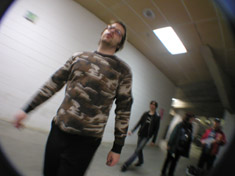 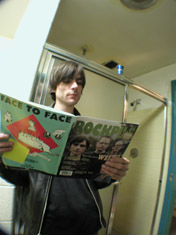 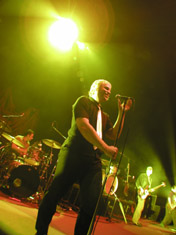 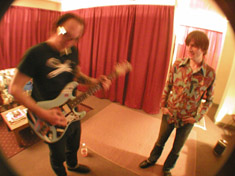 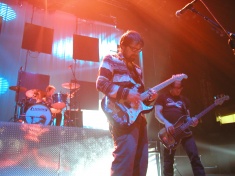 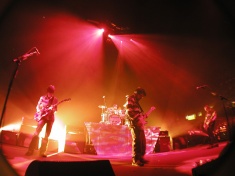 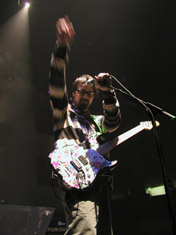 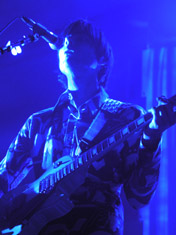 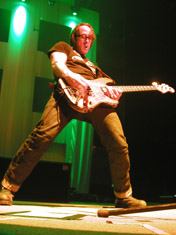 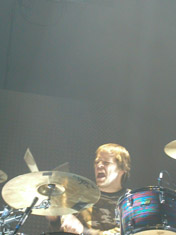 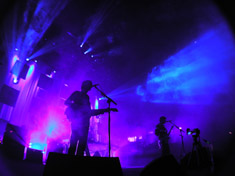 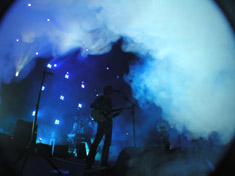 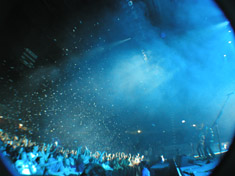 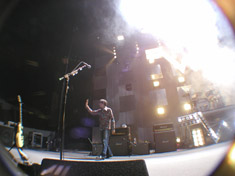 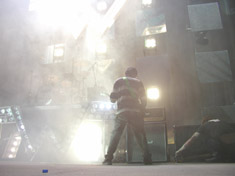 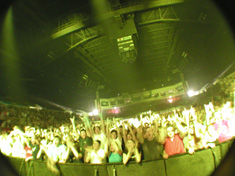 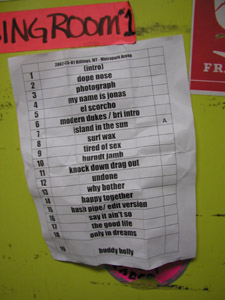 ...well for some odd reason, the Metrapark Arena had a policy of having seats on the floor, right up to the barricade. This of course made it a lot harder for fans to go nuts, as they couldnt form any sort of 'mush' pit. Which i suppose was handy from a safety viewpoint, but I got the sense that the kids were a bit stifled by the situation and would have preferred some wild crowd surfing action. They did make up for it by being really LOUD however. A solid show for all three bands. Nothing really crazy happened backstage today.

...the first 3 fan reports that came in: