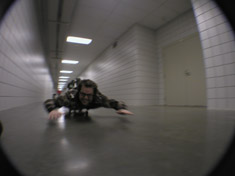 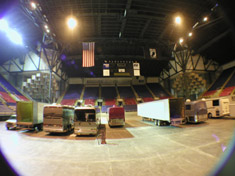 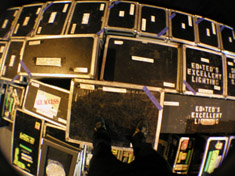 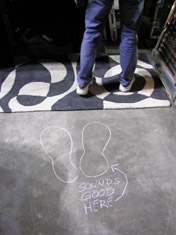 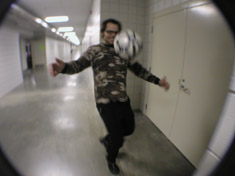 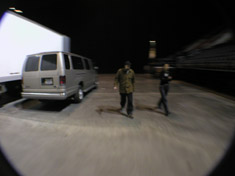 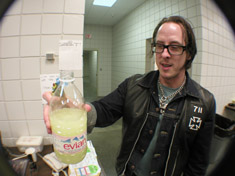 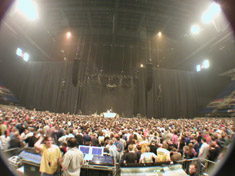 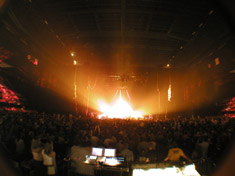 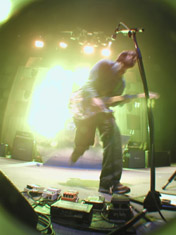 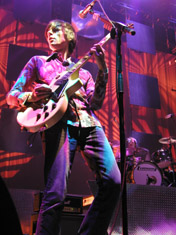 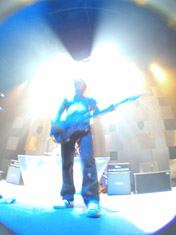 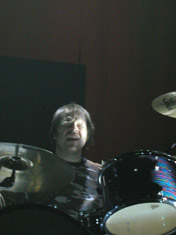 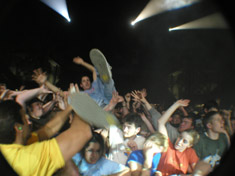 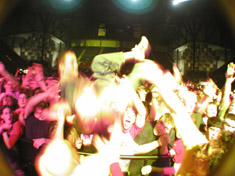 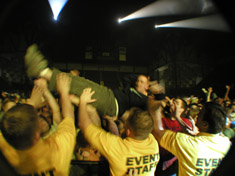 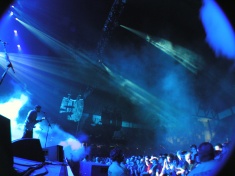 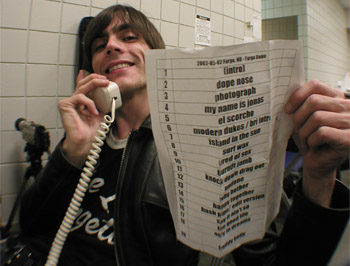 ...alright, whoever thought that Fargo, North Dakota would be home to the Biggest Arena of All Time? This Fargodome, AKA the Enormodome, was big enough for a Rolling Stones concert! or about 4 pro hockey games played side by side. Well, today they got weezer, so we used half the arena for the show, and the other half to put all the trucks and gear and stuff, and still had a few high school gymnasiums' worth of space to tool around in on scooters and what not. Well, we wish Fargo well in their dreams of attracting a Pro football team, or 4...theyve got the room, folks! Anyway, tons o kids came in from all over to catch this show, as The Rock does not make it up to these neck of the woods too often [well, maybe wwf's 'The Rock' does, but not the more generalized music style 'The Rock'...but I digress...thank goodness...] Original =rwa=er Steve C made it down from Winnipeg, as did a bunch of other Canadians who Steve handily pointed out. No one had any funny accents like in the film "Fargo". We were forcefully reminded that most of that movie takes place in a small town in rural Minnesota. We wont goof it up again!