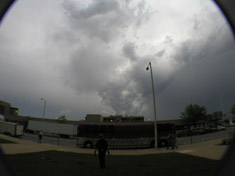 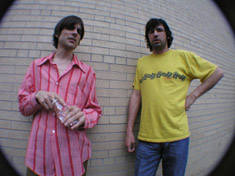 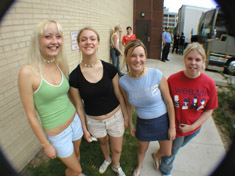 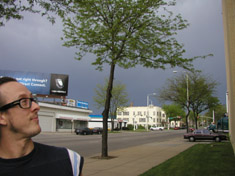 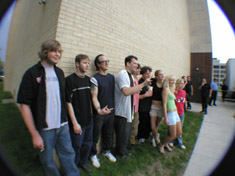 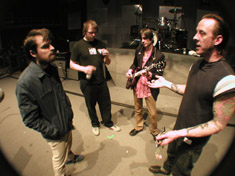 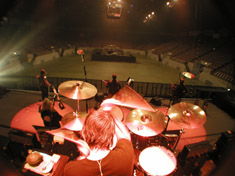 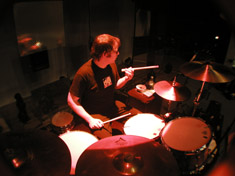 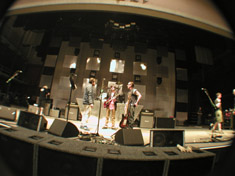 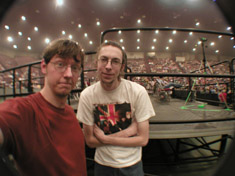 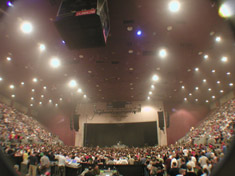 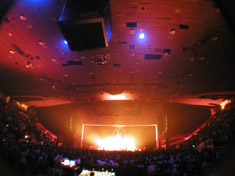 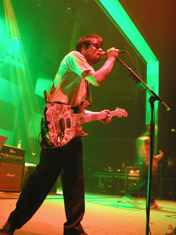 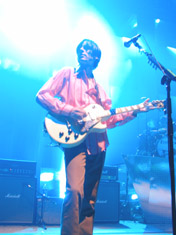 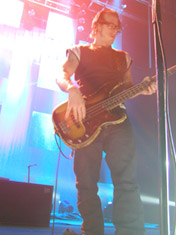 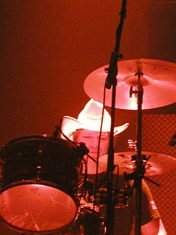 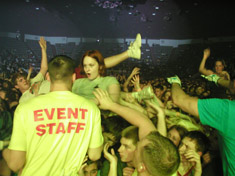 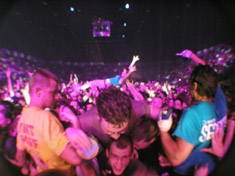 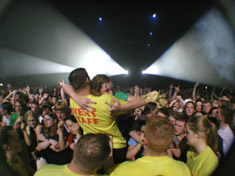 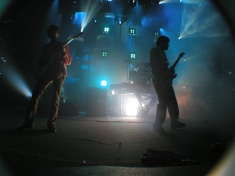 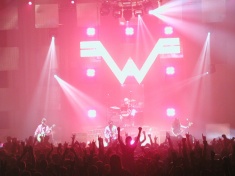 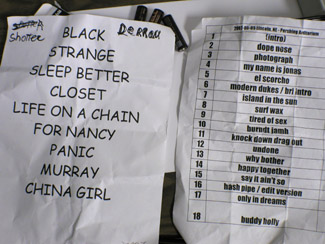 ...Tornado Watch! We caught a taste of wild midwest weather today, as a tornado watch was issued for Lincoln today. On cue the skies darkened and the clouds swirled, but we lucked out. Basically just a few random downpours happened, with no funnel clouds reported anywhere near the Pershing Auditorium. Inside the auditorium a storm of a different kind was going on. Pete Yorn came back from his side trip so the bill was a full 3 band show once again. Another extremely excited multi-state midwestern crowd freaked out all over the place, as the near summerlike temperatures got things sweaty and stinky...