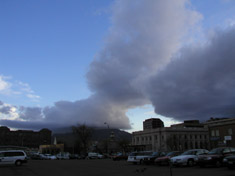 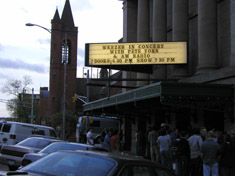 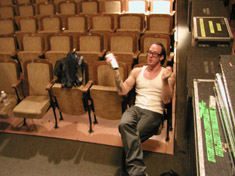 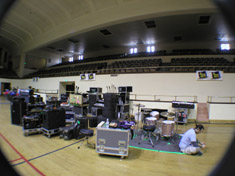 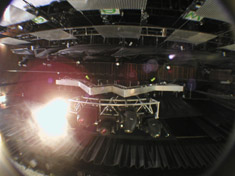 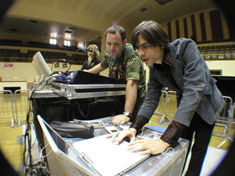 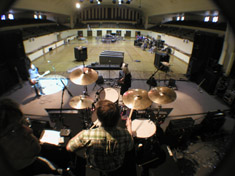 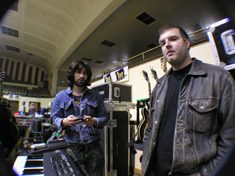 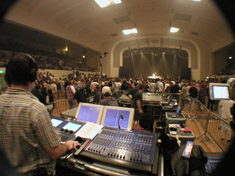 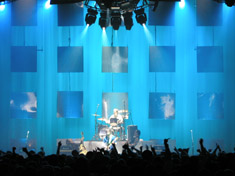 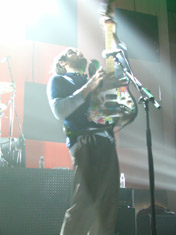 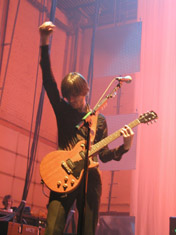 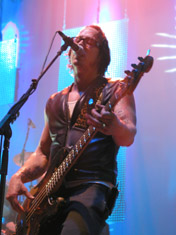 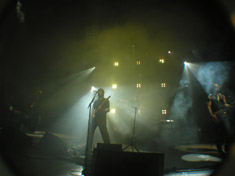 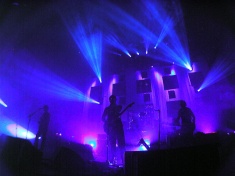 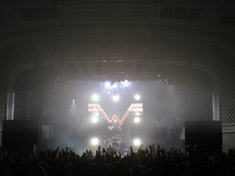 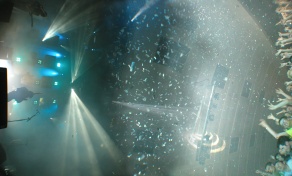 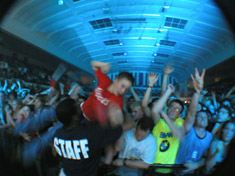 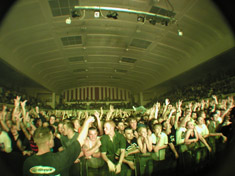 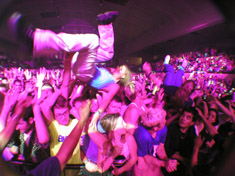 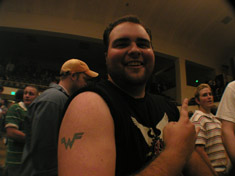 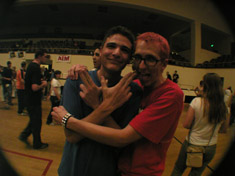 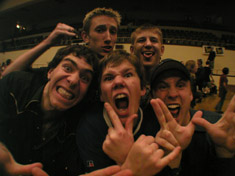 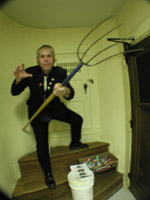 ...we rolled into cozy Colorado Springs, and suddely things were a lot less wild. The weather was normal, the people were chilling, and this historic western town was just doing its thing, be it selling Tibetan imports, drinking Starbucks coffee, or playing hackey-sack. Today's show was in the smallest venue of the Dusty West tour, a sort of mini-arena/maxi-theater that held about 3500 people. It sort of felt like doing a show at a high school gym/auditorium. Backstage there was all sorts off odd props from various plays and musicals. This was the first weezer show in Colorado Springs, but we had reports of people coming in from Denver, not to mention Utah! The 'mush pit' got particularly hairy, with moments of mass chaos when multiple people decided to crowd surf at once.