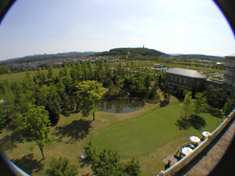 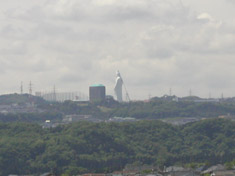 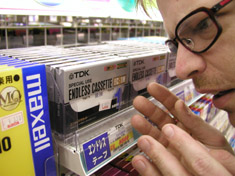 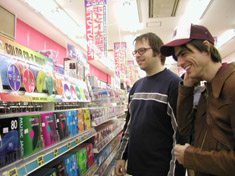 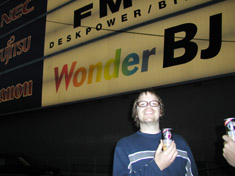 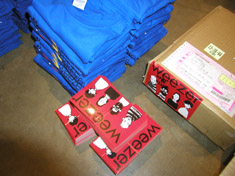 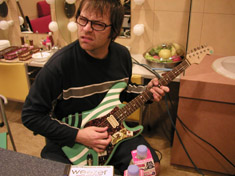 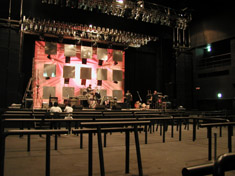 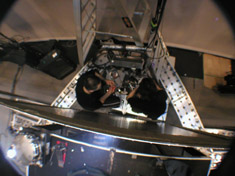 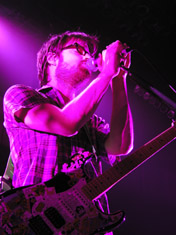 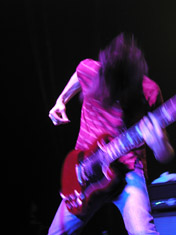 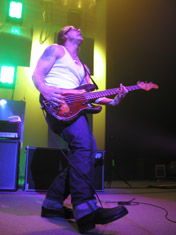 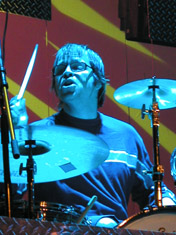 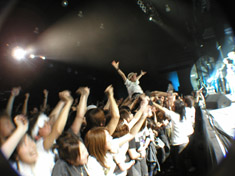 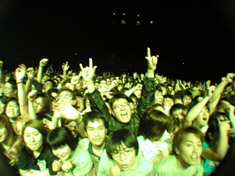 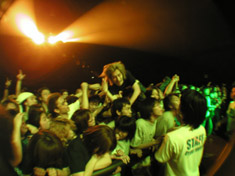 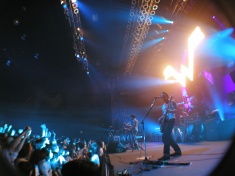 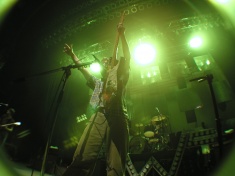 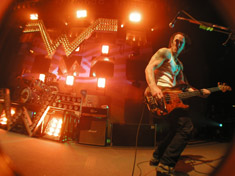 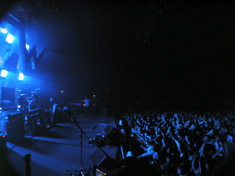 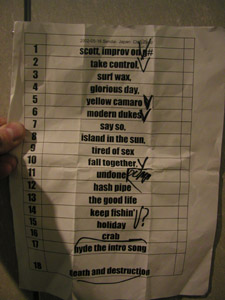 ...Club Zepp [well, they just call it 'Zepp', its kind of a chain of clubs all over Japan] in Sendai is sort of a little mini theater that holds about 1000 people. Like many of the clubs in Japan, its small but very high tech and organized. HMV Japan set up a booth with all 4 weezer cds outside the club doors, and a full line of shirts was available, including a new "world cup tour" shirt. On stage, the full "Midget/Dusty" stage set-up was rockin, for what will be its last haul. Tonight another "out there" setlist threw folks off while stoking them up! "Holiday" saw its first performance ever with Scott, who was a bit shakey on the breakdown part, but says "I had to learn the song in soundcheck. Give me 2 days to practice it and I'll smoke it!" The set had a very unusual mellow ending, with a Scott jamb for the last song, leading to an extended, almost psychedelic "Death and Destruction" for the encore. The crowd was doing the jump up and down thing, and even some crowd surfing, which is rare for japan, in my memory.