...We took the train back down to Tokyo today for a day off. Tokyo was rainy and wet today, and it really had that cool "Blade Runner" look when it got dark. We ate at this crazy restaurant where they dressed up in these special costumes, shouted a lot in unison whenever anyone asked for something, and had the chefs kneeling in front of the grills making all the food fresh in front of us. Delicious! Some wandering around in the Roppongi and Shibuya districts happened as well. I am happy to announce that "Maladroit" debuted at #7 on the Japanese album charts this week! Cool displays, such as the one spied at Tower Shibuya (below) were helping out the cause. I heard "Slob" being played outside at an indie record shop too! Debuting at #7 in Japan is a very big deal for weezer, as Japan has always been a country where only the strongest non-Japanese releases have a chance of making a real dent in the charts. Meanwhile, Pat is trying to turn Scott onto "Georgia" brand canned coffee from the vending machines, but Scott's not feeling it. 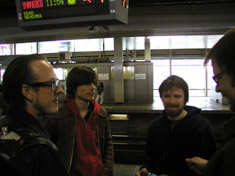 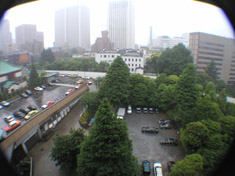 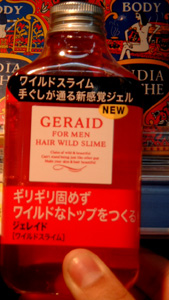 "Claim of wild and beautiful. Can't stand being just like other guy. Make your skin and hair beautiful."