...Today we took a (strangely nearly empty) flight on a 747 from Tokyo to Fukuoka, about 900 miles to the south, and proceeded over to the club after about 1 hour of chill time at the hotel. Todays show was in yet another Zepp club, another small theater/large club style hall. This one was adjacent to a mall that contained a crazy arcade, roving bands of weezer fans, and all sorts of colorful weird things. Fukuoka, or at least this part of Fukuoka, seems very much like a sort of suburban tourist area. From the plane we spotted lots of beaches, and the atmosphere seems geared towards recreation. Of course there are massive areas designed for shopping, which seems to be a basic requirement for any Japanese population center. Another suprise setlist tonight kept people guessing and stoked, with Brian's "Yellow Camaro" making another appearence, and "El Scorcho" doing a fine job as encore. Also, "Space Rock" saw its live debut (I think), and sounded rad to me. 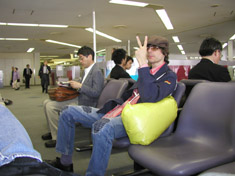 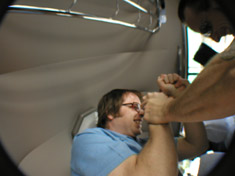 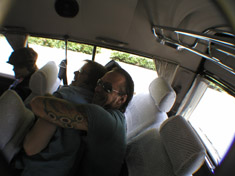 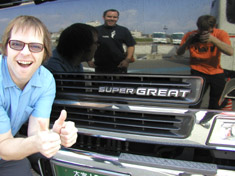 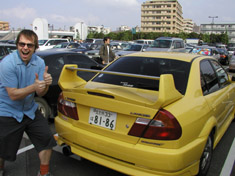 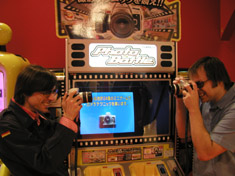 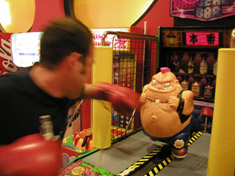 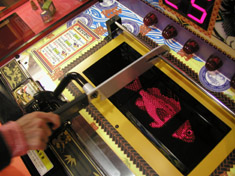 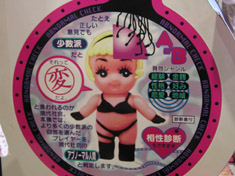 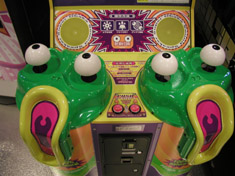 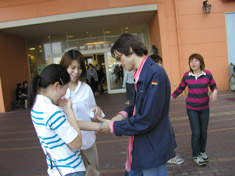 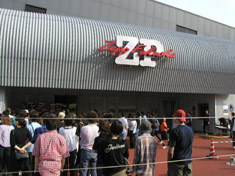 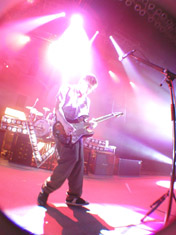 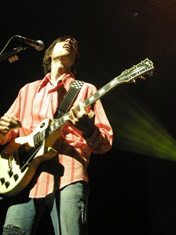 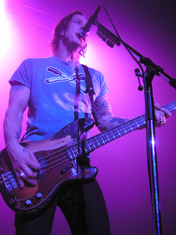 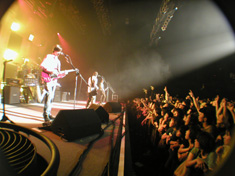 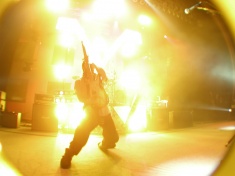 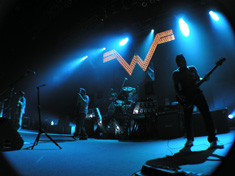 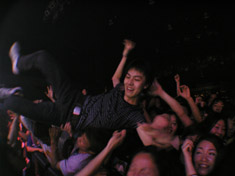 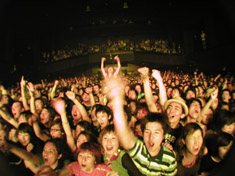 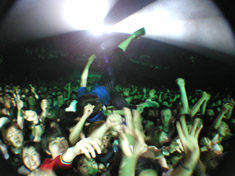