...Osaka! I think Osaka is the second largest city in Japan, and its mighty impressive. They like to do cities big and tall over here, and they also like to hide the Subway sandwich shops and Mos Burgers deep within these cities, so that theyre impossible to find even after hours and hours of walking. On a different note, ill tell ya, when everyone in the hall is chanting "weezer!" in unison, while the band is still on stage between songs...well thats just amazing. Today's crowd in Osaka's Zepp were deafening! Today's show saw the first performance of "Getchoo" in a very long time. I cant remember if it was played in the summer of 2000 or not. If not, this is the first time since 1997... Also, "American Gigolo" saw its first post Maladroit recording performance tonight. The mixed up setlists are keeping everyone (including the crew) guessing... 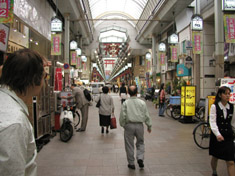 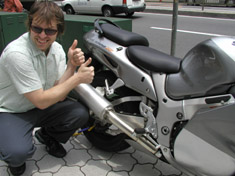 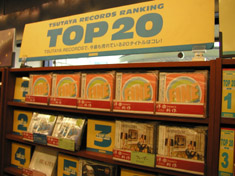 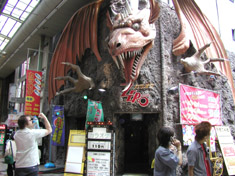 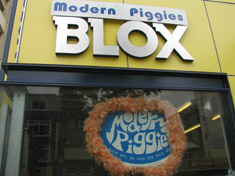 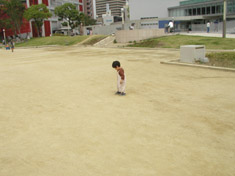 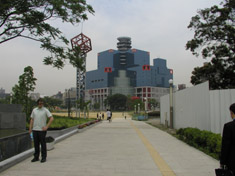 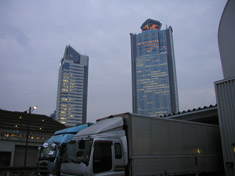 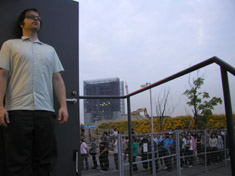 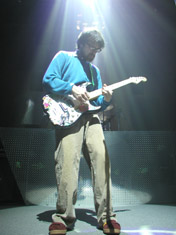 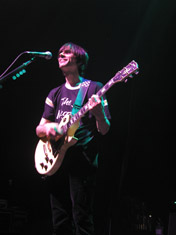 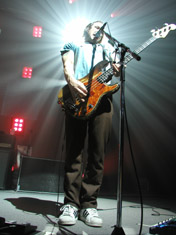 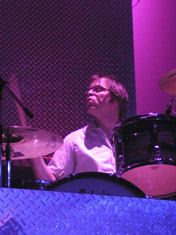 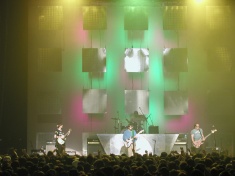 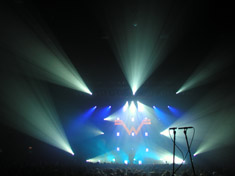 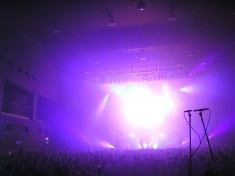 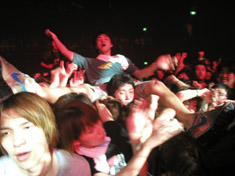 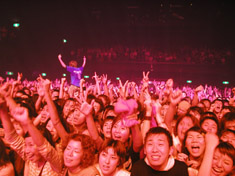 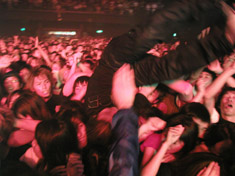 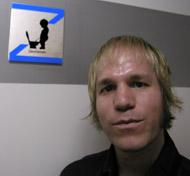 
...a-v lovers, theres a new short (and weird) video clip up on the audio video page, shot on the street in Osaka. We cannot explain what was going on here.