...yesterday, most of the crew (including yours truly) took the extremely long flights from Japan that crossed back over the International Date Line, thus landing us back in the USA at just about the same date and time that we took off (whoa). However, the band, with a skeleton crew, stayed behind in Japan for what should be several days in a Tokyo recording studio. The plan calls for doing some additional work on a Maladroit track, for possible use as the next single. The LA recording crew, Chad 'diet coke' B. and Rod (Cervera) flew over to Tokyo to meet up with the band and help do the recording. Yesterday the studio was set up and the sounds gotten, today recording began in earnest. 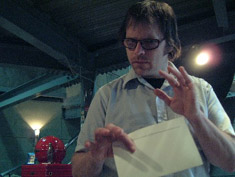 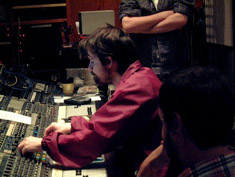 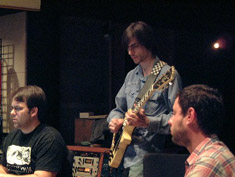 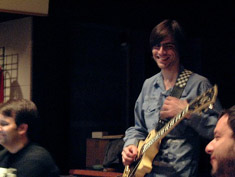 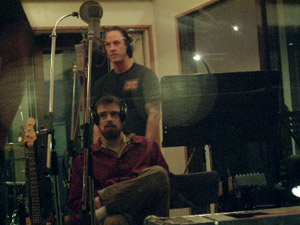 The reason they are doing this in Japan is due to Rivers own World Cup mini-vacation plans, which will keep him in Japan and Korea for a while to catch some serious soccer! After these few days of recording there will be a short break as Rivers does that and the other guys go back to L.A. to catch up on their own biz. More recording (new demos) is scheduled for later in June, in L.A., before the Enlightenment Tour kicks off in early July.

My own plans for this couple of weeks include the daunting but very exciting task of selecting and editing footage for a weezer DVD, which, assuming all goes according to plan, will hopefully be out by late 2002. (note that all details are subject to change at this early stage). As that project moves ahead, the info will be made available here.