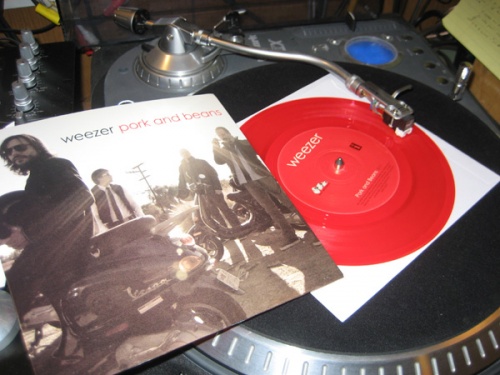 People of the satellite radio world, look out! Weezer will be hijacking Sirius Radio at 6pm today!! The channel known as Alternative Nation will hereby be declared Weezer Nation! It will stay Weezer Nation for days! Two days? Three days? Four days? More days? Until... well, until the guys get tired of being DJs and then... they will give it back. (Which is rather polite for hijackers actually). Anyway, however long the party lasts, they will be playing songs by their favorite bands, songs off their own about-to-be-released Red Album and theyll be talking about...whatever bands talk about when they hijack stuff. Weezer Nation! Today at 6PM till ? on Sirius Radio's Alternative Nation!