first in a series of reports from our intrepid weezer sports reporter in Japan and Korea, where Rivers and a gang of fellow soccer enthusiasts has gathered to soak in the World Cup...

After the tour and recording was over in Tokyo, Rivers stayed in Japan for a couple of days to do some press and catch the beginning of the World Cup. The first game, in which reigning champions France were beaten by first-timers Senegal, was a promising beginning to what has turned out to be a very exciting tournament so far.

Rivers and the gang decided to go to Seoul, Korea a day early to experience the games with some real soccer fanatics! Many matches wer ethen watched at an Irish pub with the curious moniker "O’Kims". On Monday, the rest of the soccer fanatic crew arrived (Todd, Ivan, and Justin [yes, Nerf Herder Justin!]) and a couple of days later the first US match finally arrived. It was an amazing game. The U.S. supporters were sorely outnumbered, as probably 90% of the stadium were supporting Portugal. However, a lot of those people were shocked and disappointed when the U.S. took an early lead. The U.S. scored their first goal in the first four minutes of the game! They followed up with another sweet goal in the first half, and at one point were leading over Portugal by three goals. Portugal eventually caught up, though, and the second half was excruciating as we all sat nervously biting our nails when they scored a second goal to make the score 3-2. In the end, our team held the Portuguese off, though, and we were all thrilled to watch the U.S. men win their first match against such a formidable opponent. Rivers and co. were inspired by the great game, and returned to an auxiliary field after the game to kick the ball around against a backdrop of celebratory fireworks (they had arrived at the stadium two hours early, so they’d found the field beforehand and they had a pretty good game with some friendly Koreans hanging around). We spent the next few days in Seoul, watching matches and exploring the city. Korea’s defeat of Poland was a pretty tight game; the guys went down to a huge square to watch the game along with pretty much everyone else in Seoul. After the victory there were people in the streets behind the hotel celebrating all night long.

For diversionary fun, the hobbies are: buying business suits (?!) and of course foosball! 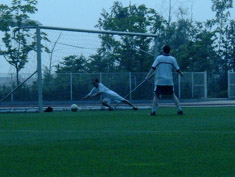 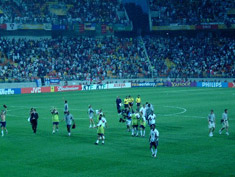 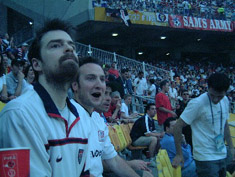 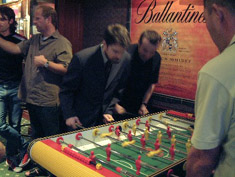 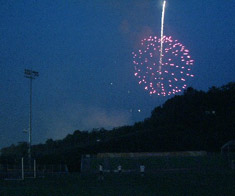