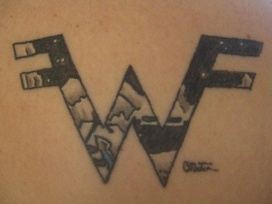 ...an update on an old mystery: The various versions of "Make Believe". Heres the scoop:
Originally, the album was released (May 10, 2005, contrary to what iTunes says) and that was that. But then it was discovered that there were 2 problems. The wrong version of 'We Are All On Drugs" was included, and there was a minor audio problem in "This Is Such A Pity". (Both of these things were things that the band could hear, but if you hadn't heard the song before, you wouldn't know what was 'wrong'.)
So, early on, a second version of the album was issued with the 'Drugs' and Pity' corrected. Its not known if any of the original copies were returned and destroyed at that point. Theres likely plenty of both of these first two versions out there, as "Make Believe" sold half a million copies in a matter of weeks (and is currently well over 1 million sold).
But then, when it came time for a 3rd single, the band made some changes to "Perfect Situation", changing the "whoa oh" melody and adding the "Perfect Situation" background vocals near the end of the song. This became known as the 'single version' or the 'video version', but the band decided it was better than the original and wanted all further pressings of the album to have this new version instead. So, therefore, a 3rd version of the album was made, and thats the version thats currently on iTunes and in stores (unless they still have very old stock of the CD).
(Thanks to Robert M. for asking some good questions - your suspicions were correct!)

...Shout out to Geoffry I., a Weezer fan who reveals he was behind the original underground versions of Guitar Hero with the various Blue Album Weezer tracks (you might have seen some vids on YouTube about a year ago). Turns out that his independent fun time work got him noticed by Neversoft, who ended up hiring him to work on Guitar Hero 3 - to create the chart for 'My Name Is Jonas"!

...and speaking of, check out this preview video of "Jonas" in GH3. (also here, and here).

...Meanwhile, the upcoming game "Rock Band" by EA will include "Say It Ain't So". (also noted here). AND, "Buddy Holly" will be featured in the upcoming game for PlayStation 3, "Singstar". (hat tips - Greg and Jamie)

...minutiae of weezer related releases dep't - for those wishing to own the film "Factory Girl", which includes about 10 seconds of Pat and Brian impersonating John Cale and Lou Reed, (and Hayden Christiansen impersonating an actor), heres the info you need.

...cover band alert 1: Hot Panda will be playing the Blue Album in its entirety at 9:30 PM July 20th, at Back Alley / Front Street in Fullerton, CA.

...cover band alert 2: check out Doctor Rock & Brain Snake: The Legend Continues for "In The Lab", a very unusual cover of "In The Garage": "(we) simultaneously pay humble tribute to two of our most respected influences- renowned scientist and theorist Stephen Hawking... and weezer... We feel at least confident that it is the only existing pairing of Stephen Hawking and =w=."

..."Just thought I would let you know, my fiance bought that Rivers painting for me as a birthday gift. Being that Weezer is my favoritttttte band of all time. The painting is awesome, it will surely be hanging on the wall, when our house is finished." - Josh K.

...today's pic (large size here) is yet another neat Weez tattoo. This one is on Chris V. of Calgary.