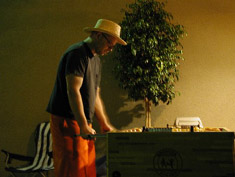 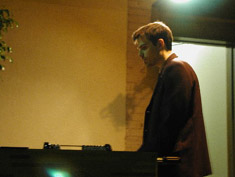 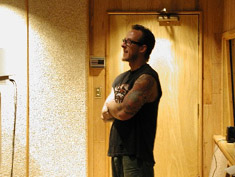 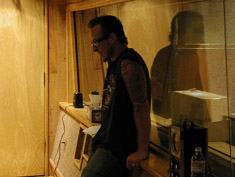 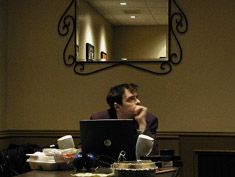 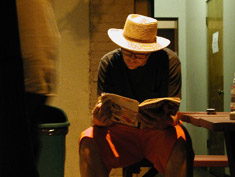 ...a fresh variation on the theme, by pete cammarata of "weezer island", where, uh, weird comics exist.

...hey! we're working on revamping our links page. if you have a weezer-related web page, or a page about one of the guys and/or their respective bands (example: brian's " the spacetwins", or pat's "the special goodness"), let us know about it so we can link it. if your site is already linked in our links page, you don't need to email in on this. if you site isn't linked, let us know! [note! those who have recently emailed karl to check out their sites should ALSO now send an email to the link above. Thanks.]

...If you are in search of old mp3 or video files once hosted on the weezer.com audio-video page, you may want to check The Weezer Media Messanger List which is a group of fans sharing media through Aol Instant Messanger's send file feature. Its a good tool for tracking down what you may be missing, and sharing hard to find files you may have!

...Here's a site about a new weezer tribute album project, one called "Punkerton", a punk rock tribute to the "Pinkerton" album. Its a totally indie project that so far isnt officially liscenced or finished, but it looks like theyre working hard on it.

...And here's a grassroots fan project called "Karls' Kids!", where fans are organizing a (for fun only) name tag ID system, for members of the various message boards online to identify each other at weezer shows. (Karl isn't actually involved, but thinks its a cool idea...albeit unusually named, heh heh...)

...Accidentally unnanounced in the previous weeks is the original fans' "ID tag" collective, the .commer ID tag project. They have a big selection of ID tag images for weezer.com message boarders to identify each other with at weezer shows (and elsewhere!)

...A fan/scholar is making a documentary film, which is about the so called "cult of the Weez". In her words, "...Ive always found that the relationship that weezer has with their fans to be not only very interesting but a great reflection on the changing nature of the music industry. It will consist mostly of taped interviews, exploring the history of the relationship between weezer and its fans, from the begining to the present. Im also recruiting people from various weezer boards to answer questions about how they view the weezer fan base. I am also hoping to conduct some fan interviews when i attend the july 14th show in Toronto." So, if you would like to take part in this fan based documentary, email Michelle the filmmaker, and she will send you the list of interview questions to answer.