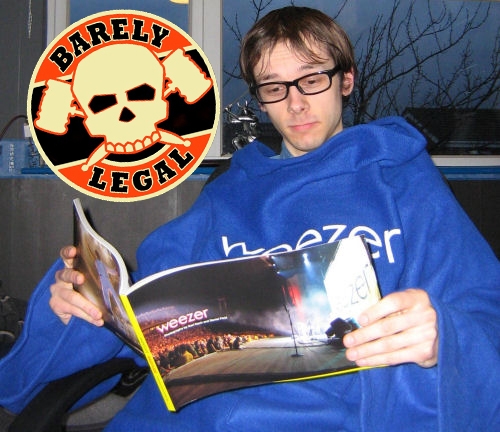 ...well, it was a sad day when Team USA got eliminated from the World Cup by Ghana in the second round. No doubt they gave it their all and did a great job, and we're proud of them "whether you win or lose", as Weezer's "Represent" song goes. Speaking of, "Represent" got a lot of exposure in a very short time as the unofficial rallying song for the team, stoking up the team in the locker room and the fans on Youtube. Even Bill Clinton got in on the action.

...Rivers joined DJ Aoki during his set at The Electric Daisy techno-fest in L.A. the other night. He sang on a new track that they collaborated on for Aoki's upcoming album, as well as a mosh and dance friendly rendition of "Hash Pipe". Spin mag has noted this guest appearance as one of the 10 best moments at this years Electric Daisy.