The Loveline Report! Tales from the evening of September 5th...updated 9/10 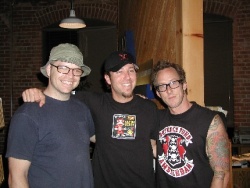 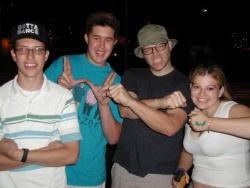 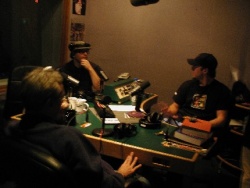 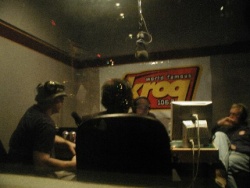 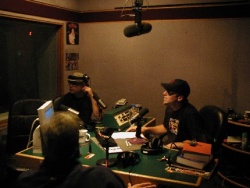 As for the question of actually hearing the performance, it appears that the stations that carry the show in the Pacific and Mountain time zones all played it live. However, most stations in the Central and Eastern time zones, like Chicago's Q101 for example, will be airing the show on Sunday the 7th. Check with your local station for details, and good luck!

...Meanwhile, the last few nights Rivers has been spotted at both the Glass House in Pomona, and The Key Club in Hollywood, checking out and hanging out with Ozma.

...Currently there is a two and half minute interview with Brian from 1996, up on triple j's website.

...UK Channel 4 'Popworld' update: as it turns out, Weezer's performance of Keep Fishin' was played on Sept 1st. This is the one wherein Rivers wore the special wig, seen in the pictures from Aug 21. However, they apparently misspelled weezer as 'wheezer' and called the song "Gone Fishin'"!