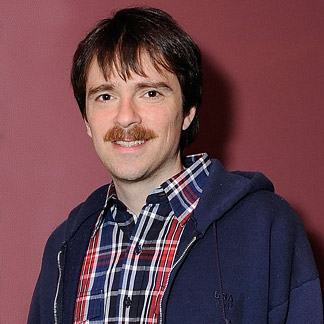 In the past year, Weezer frontman Rivers Cuomo not only put out his band's Red Album and went on a hit tour, but also found time to put together his second compilation of personal demos and outtakes. Alone II: The Home Recordings is a continuation of the series that launched last year and features raw cuts of buried gems like "My Brain Is Working Overtime" and a great cover of the Beach Boys' "Don't Worry Baby."

What is the goal behind putting out the Alone albums? Is it therapeutic for you?
A lot of these recordings I've had for years, and I've always loved them so much. It's just been a psychological splinter in my mind that they're just sitting here in my closet. For me, sharing the music and having it heard is half of what being an artist is about. So I just feel incomplete and unresolved until the music gets out there for people to hear.

Why don't these songs become Weezer songs?
There are many different reasons why songs don't make it on to a Weezer record. Sometimes a song might not make it on at a certain point in our lives, but it just means that at that time it wasn't right for that album. It's not necessarily a judgment against the song. When I originally wrote the liner notes, it was about 5,000 words longer and included all the reasons why the songs didn't make it, which I thought was kind of interesting. It ended up feeling kind of negative, like so much of what I was saying was why the songs weren't good enough. It seemed like a strange thing to put in the liner notes. Why would anyone want to buy something like that?

You used to be known for writing compulsively. Do you write less than you used to?
There was a stretch for a few years there where I did write every day. In the liner notes I referred to them as song experiments, most of them aren't really full songs. I kind of trained myself to write everyday, regardless of any feeling of inspiration. Now I'm not at all compulsive. I'm happy to not write anything for a few months.

What changed?
Maybe because my favorite songs are the ones that arise out of the feeling of strong inspiration and necessity, like I can't not write it. I'm not 100 percent sure that's true, but at this point in time I have this belief that it's these real big inspirations that don't come that often that actually produce the songs I like the best.

Your hair on the album cover of Home II is remarkably awesome.
Thank you. That's part of my senior portrait shoot.

How did that go?
It was fun but it was a little bit sad. There weren't very many of us left and so it feels like our memories are starting to fade. The stories we're telling are getting a little vaguer and there's even fewer of them now. I really got the sense that we are kind of slipping into oblivion here.

Does that vex you, or have you come to terms with getting older?
When I was younger I always looked forward to being older. It was always, "Man I wish I was a few years older so I could buy a guitar and join a rock band." I couldn't do that when I was seven years old. And then as a teenager, "Man I can't wait until I'm older so I can get out of high school and then go pursue my music career for real." As I get older, life gets better. I retain the fun things about youth and then I've managed to outgrow the painful things.

What's up with Weezer right now?
We just got off the road. I think we're going to make a series of Christmas recordings for the iPhone. I don't really understand it.

Are you going to tour on your own for Alone II?
I have this jam session coming up on November 25th at a record store in Long Beach, California. It's basically going to be open to anybody. They can come down and bring their instruments if they want, and we'll play anything I've written. They'll just call it out and we'll jam to it. The thought of playing completely by myself sounds really boring.

For you or for the audience?
For me. So when I do shows for, to promote Alone, I want it to be like a jam session. It's more fun — I get to hear my songs in completely new contexts every night.

You developed one of the great mustaches in rock. How's it holding up?
It's been joined by a beard. It lost it's identity.

But now it has a friend!
Very true.