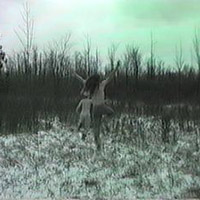 Cover of Snow Lust, the group's only known album.

Exceptionally little is known about the group. Its existence was first mentioned in early 2003 when the album Snow Lust was added to the catalog on the website of Amorphous Records (a record label run by Koch and Finn).[1] A page dedicated to the group was added later, sometime in 2004. Its inclusion on the site consists primarly of a fictional backstory and Amorphous Records lore. Notably, it is written that the group's members were named Gootch and Kluskinsutch, and that they hailed from "the lost Kingdom of Achtensfjor".[2] It was not until 2005 that it became known that Koch and Finn were behind the duo, revealed when Rivers Cuomo mentioned Skuraiipeare's existence and origin in a blog post. He explains that the group had existed since before he'd met Finn or the rest of Weezer, forming in Buffalo, NY where Finn and Koch had been long-time friends.[3]

In an All Things Weezer post made in 2014, Koch (under his username, karlophone) briefly discusses the history of the group. Responding to a user asking whether he was still in possession of Skuraiipeare demos, he writes "of course", and mentions the names of two specific songs ("Khemikalsludj" and "Runn Ur Hend Thru Mi Furrest"). He, additionally, recounts plans to create a movie which involved the fictional history of the group.[4]

On March 22, 2022, Koch fielded questions from fans on the Weezerpedia Discord server, including many related to Amorphous Records artists and releases. When one user inquired about Skuraiipeare, Koch responded:[5]

An official release of any Skuraiipure content remains yet to be seen.

The history of Skuraiipeare is archived by Amorphous Records:[2]

Skraupier (a.k.a. Skr'prr, Skrieeuaipeur, Skeruipeupr, Skrieapr, Sckraypiuer, Skraper, Skrapuer.) These are various attempts at spelling in English the impossibly gutteral name of this musical duo who emerged on the pop music scene of the mid 70's just as glam, punk, disco, and new wave music were exploding. Skraipir consists of 2 very strange sub-Arctic men, Gootch and Kluskinsutch (they apparently do not possess last names.) Their music is an essentially futile yet beautifully complex attempt to capture their bizarre native music with Western technology and musical idioms, which were completely foriegn to them prior to their exposure to Western society in 1976.

At present, Amorphous Records is in the process of sorting out their unique tale, and preserving their baffling story and bizarre yet beautiful music. Fans of the band guard their rare bootlegged recordings, aware thay in many cases they possess the only known recording of a major Skraipuer track. Amorphous hopes to collect their most important works from their most prolific period, 1977-1991, into the first such collection known. This period covers all the known phases of the group's output, from their first performances on UK pirate radio, to the London disco scene, to the excess of the 80's, and subsequent triumph in the world of techno/industial/house where they broke all the rules (social and musical) and were breifly worshipped for it.

Skraipeur have an incredible history, starting with their mysterious origins as citizens of the lost Kingdom of Achtensfjord. When a British oil tanker stumbled across the island after a vicious storm threw it off course in late 1975, the Brits were astounded to discover a small yet fully functional society of arts and culture the likes of which no one had ever seen, a land where tall pointy hats, furry bare breasted ululating arctic queens and utterly incomprehensable musical instruments were the norm.

When the Brits convinced Skraipouer to come with them to London, they not only unwittingly brought their astounding music to the rest of the world, they also quite literally saved the only remaining scraps of the Achtensfjordur society. They were to be their Kingdom's heralds, intending to spread their culture to the rest of the world, and absorb and bring back what they found to share with their villiage elders. But it was not to be. For this completely isolated Arctic island culture was tragically decimated by secret Soviet nuclear tests, which were set off scant minutes after Gootch and Kluskinsutch had left. Witnessing this horror from the deck of the oil tanker mentally scarred them and introduced a dark and savage element to their work which would both inspire and eventually nearly ruin them. Amorphous Records is working closely with the surviving personell of the Skraipeuir story in an effort to document what is surely the world's last known truly unique culture, and its stunning music.