About me and my goals for Weezerpedia 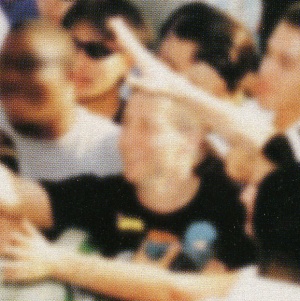 The Good Life mug shot
Hi, my name is Austin, and I'm a long-time, hardcore weezer fan. I'm a little (okay, a lot) older than the average fan, and I live near Los Angeles, which means I've been lucky (and crazy) enough to have been involved in the weezer community since virtually the beginning. I'm not saying I'm better than the next fan, just that I'm in a unique position to share much of the knowledge and experience I've gained through fifteen-plus years of obsessive weezer fandom.

I've been active on weezerpedia since December 2008. I've made quite a few significant contributions, and it will only continue. I look forward to dropping more mad ka-nowledge gleaned from my large collection of weezer (and related) music releases, media articles, and concert and fan club experiences.

I'm a responsible adult with kids of my own, but I still feel like a kid inside, and I love to geek out on any and all of my passions (see below). I love to chat when I'm not too busy, and I have many weezer stories to tell. Catch me at Allthingsweezer some time and pick my brain.

I have recognized Pinkerton as my lord and saviour, and I challenge the notion that Pat Is Dead.

(all are CD except as noted)