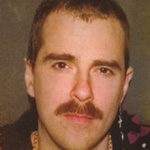 Rivers Cuomo' (born June 13, 1970) is a Grammy-nominated musician, best known as the lead singer, guitarist, and principal songwriter of the rock band Weezer. He has also worked as a solo artist; he released his debut album, Alone: The Home Recordings of Rivers Cuomo, in December 2007, which featured home demos that Cuomo has recorded from 1992-2007. Cuomo mainly plays electric guitar and acoustic guitar, but he can also play drums, bass guitar, clarinet, harmonica, and piano. Throughout the years he has entertained several different facial hair styles.


Rivers Cuomo was born on June 13, 1970 in Manhattan to father Frank Cuomo and mother Beverly Shoenberger. His mother claims he was named "Rivers" because she first heard the sound of a river outside her hospital window after Rivers' birth. His father claims that he was named after three players from the Soccer World Cup of 1970: Rivelino, Riva, Rivera; all three of which played one another one week after June 13. Rivers was, according to his brother, Leaves, almost named "Apple"--most likely because he was born in New York City. Rivers was raised in upstate New York at the Buddhist Zen Center. There, Rivers' father farmed cows and his mother until he left the family in 1975. After wards, he was mostly absent from Rivers' youth. Rivers and Leaves followed their mother, Beverly, to Yogaville where Rivers remained for the rest of his childhood. There, Rivers was known as "Rama". Said Rivers, "You have to realize we were living in an enclosed community of Hindus. We lived in an ashram. Isn't that insane?...It was a very mellow childhood." Beverly remarried to Stephen Kitts who became Rivers' stepfather. (more...)