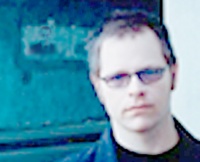 Pat Is Dead is a meme which originated on the AlbumSix board. It is a belief held by a small group of boardies who believe that Patrick Wilson is, in fact, dead. The idea first began when Headcheese noticed that Pat was the only one on the cover of The Red Album not looking at the camera. He concluded that Pat was dead. Each character on Red's cover is believed to be a figure. Brian is the funeral organ player, Pat is dead, Rivers is the reverend conducting and Scott is the gravedigger.

It was then realized that there is a lot of evidence to support Pat is dead. In the Maladroit picture inside the booklet, Pat is the only one who is transparent on the car. In the image of Pat on the Make Believe promo poster, he is wearing all black and sunglasses. Also, Headcheese zoomed into the picture to look at the poster behind Pat and noticed that it had a faint image of Matt Sharp's face on it.