Yo Gabba Gabba! is a popular children's daytime television show that premiered in 2007. It features musical guests for almost every episode, and, on March 9, 2010, Weezer appeared on an episode entitled "Bugs." The band performed "All My Friends Are Insects" from their album Hurley. The song was first released on Yo Gabba Gabba's compilation album Yo Gabba Gabba! - Music is... Awesome Volume 2. 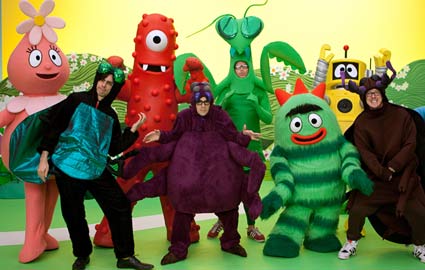 Weezer on the set of Yo Gabba Gabba!.

See here to watch Weezer's performance on the show.