Posted on Weezer's official Facebook page as part of the "Today in Weezer history" series on February 5, 2014.

Today in Weezer History: 2/5/2001 - On this day in 2001, Weezer was in Miami, FL, mixing and putting final touches on The Green Album. "...recording day 38 (mixing day 6)...today Tom Lord-Alge did a new mix of "O Girlfriend" and then tackled "Island In The Sun", the unusual song that has always taken the most time and effort to get right. Tom worked all day and the results were satisfying. It feels great to find the "answers" for that song and say "wow, it's finished". In the smaller side studio, The remaining unmixed songs were carefully analyzed to determine if there were any minor bass fixes, and as it turns out, none are needed. So Mikey gets a small break and will be heading north to visit family tomorrow. But he was certainly needed tonight. Rivers was working on multiple aspects of "Teenage Victory Song", doing various guitar and vocal overdubs and fixes, and he determined that some good "gang vocals" were needed. We had Mikey, myself, and Carlos the engineer on hand, but Rivers was really hoping for a true gang, and went outside looking for some fans. There was a small group out front earlier in the day, but unfortunately the area was deserted by the time Rivers went hunting for guest vocalists. Fortunately we were able to make do with the "gang" already on hand, and the part turned out fine..." -karl, writing on weezer.com. 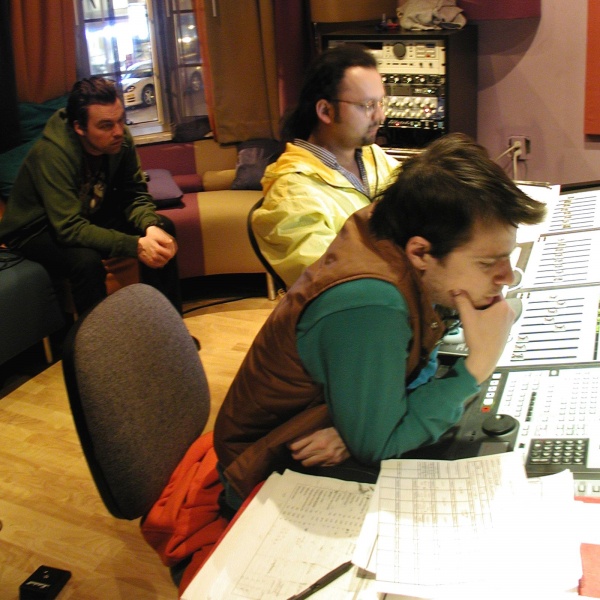