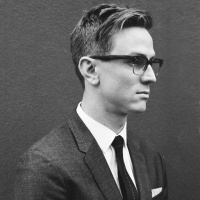 Jake Sinclair is an American producer who has worked with Weezer on multiple occasions.

Sinclair first worked with Weezer as a recording engineer under Sinclair's mentor, producer Butch Walker, during the production of Raditude. A self proclaimed fan of the band, he once was in a Weezer cover band called WannaBeezer. [1]

Sinclair produced every song on The White Album as well as the single "I Love the USA" and the Weezer Fan Club-exclusive "The Last Days of Summer". Leading up to The White Album, Sinclair posted on the allthingsweezer.com forums under the name "wannabeezer" and shared tidbits and insight from the new album. Though not credited, Rivers Cuomo later stated, following the release of Pacific Daydream, that Sinclair was "instrumental" in making the song "Mexican Fender" what it was.

In an interview about The Teal Album, Cuomo stated that Sinclair would return to produce Weezer's next album (later dubbed OK Human). In 2019, Sinclair produced Weezer's cover of the song "Lost in the Woods" for the soundtrack to the film Frozen II.